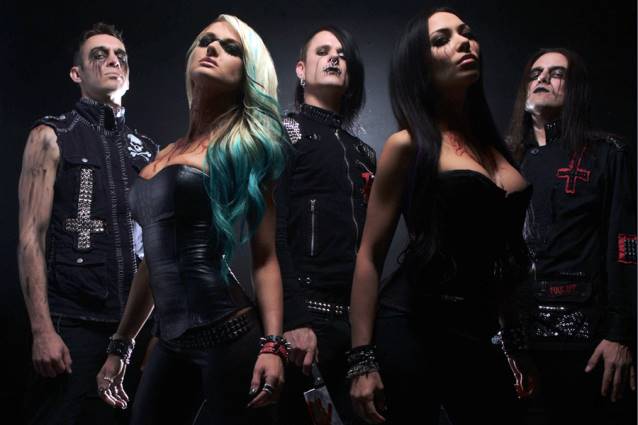 Alex McGinnis and Janell Hull of the "Flatliner" show, which airs on WODU Studios, Old Dominion University's college radio station, conducted an interview with three fifths of the BUTCHER BABIES before the band's October 15 performance set at the Norva in Nofolk, Virginia. You can now listen to the chat using the SoundCloud widget below.