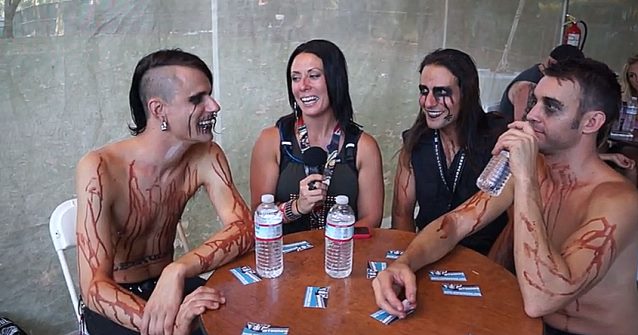 In The Now Magazine conducted an interview with the BUTCHER BABIES at the Aftershock festival, which took place September 14-15 at Discovery Park in Sacramento, California. You can now watch the chat below.