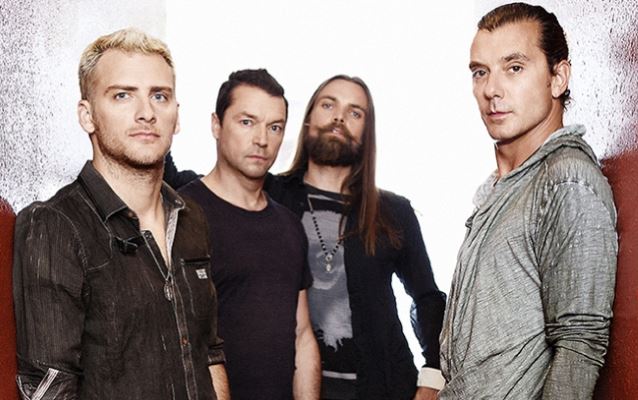 Alt-rock band BUSH has set an October 21 release date for its new album, "Man On The Run" (Zuma Rock Records/RAL). The title track of the group's sixth studio CD can now be streamed below (courtesy of Billboard.com).

According to The Pulse Of Radio, BUSH will reissue four of its previous albums on October 14 in remastered editions, including 1994's "Sixteen Stone", 1996's "Razorblade Suitcase", 1999's "The Science of Things" and the 1997 remix LP, "Deconstructed". Frontman Gavin Rossdale told The Pulse Of Radio that putting the reissues together has been a bittersweet experience. "We've done some remastering of the stuff and we've got some nice things planned, some alternate versions of things," he said. "It's been quite nostalgic for me, going back into the past, I mean looking through oceans of old photographs and being maybe quite nostalgic when I try not to be nostalgic. It's fun and enlightening and heartwarming and sad all at once."