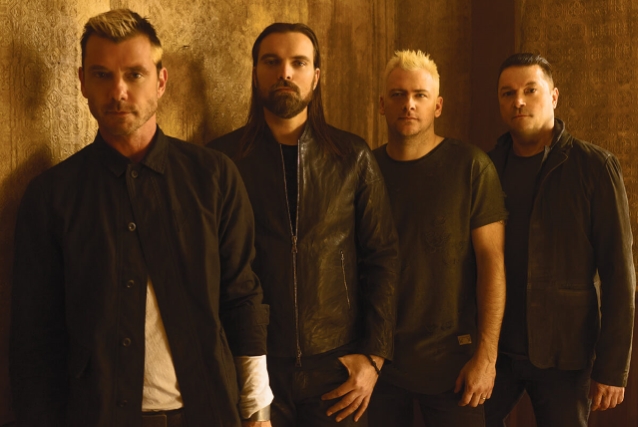 BUSH frontman Gavin Rossdale has told Yahoo! Entertainment that he is currently recording the band's next album at a Los Angeles studio with film composer Tyler Bates, who has previously worked with Marilyn Manson.

"I just came from the studio now," he said. "And I sang 11 songs in. And it's just deep and wide and heavy like the ocean." He went on to describe the sessions with Bates as "amazing and liberating." He added: "It's exciting. It sounds amazing."

Rossdale also said that he hopes to release a new single before BUSH hits the road with LIVE later this spring. "The Alt-Imate Tour", a co-headline summer run, will see BUSH and LIVE celebrating the 25th anniversary of their respective landmark albums "Sixteen Stone" and "Throwing Copper". Produced by Live Nation, this hits-packed road show will hit arenas and outdoor amphitheaters in 33 cities across the country, kicking off June 6 in Mashantucket, Connecticut, with stops in Boston, Los Angeles, Atlanta and more before wrapping September 8 in Rochester, Michigan at Meadow Brook Amphitheatre.

Rossdale told Yahoo! Entertainment that he considered a tour on which BUSH played all of "Sixteen Stone", but explained: "I've never liked when people do that, because that just felt like you build your own box. Why are you building a box? You're like building a house with no door. I don't like that. I like having big windows. I like the future. I like the moment. I'm happy with the past, and I'm going to play these songs because I lived them, but I'm going to sing them about tonight."