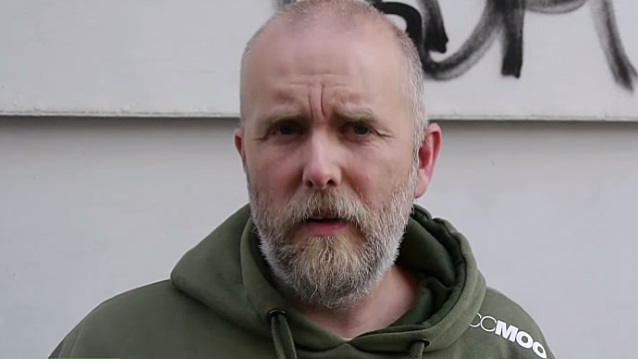 According to The Local, BURZUM mastermind Varg Vikernes (a.k.a. Count Grishnackh) has been slapped with a fine and suspended prison sentence for allegedly inciting racial hatred and glorifying war crimes.

Vikerenes, 41, who has been living in France for the past four years, and his wife were arrested in July 2013 as a preventive measure after Vikernes posted aggressive racist, xenophobic and anti-Semitic comments on Internet forums. The couple's home was searched and five guns were found, including four rifles legally purchased by Varg's wife as a member of a rifle club.

Ten excerpts from the blogs written between March and June 2013 that attack Muslims and Jews were presented as evidence in court.

Vikernes told the court that he did not pen the racist blogs and said that a possible misunderstanding could have occurred as a result of the fact that he communicated through a Danish interpreter when he was detained last year. He added there were "at any given moment, 350 people pretending to be Varg Vikernes on Facebook. Anybody can very easily put up a blog [claiming to be Varg]."

According to RTL, Vikernes was one 530 supporters to have received the manifesto of Anders Breivik, the man responsible for the July 2011 bomb attack in central Oslo, Norway and shooting rampage in Utøya island that resulted in the deaths of 77 people, many of them children. Breivik e-mailed the 1,518-page manifesto to his contacts hours before he set out on a murderous rampage.

In 2011, Vikernes called for the French to vote for the National Front (FN), writing on his official web site that doing so would be the only way to avoid the scourge of mass immigration.

In the open letter, entitled "Dear France," he said: "Your parents may induce you into a vote other than for the FN, but do not listen. They are responsible for the plight of today’s France, because they were too ignorant and too loose, or too brainwashed, to do as they should. They have already proved to the world that they have failed and betrayed France."

Varg was convicted in 1994 and sentenced to Norway's longest prison term of 21 years for the August 1993 murder of MAYHEM guitarist Oystein Aarseth (a.k.a. Euronymous) and for burning down three churches, including the original Holmenkollen Chapel next to the Holmenkollen Ski Jump in Oslo. He was released from prison in 2009 after serving 16 years of that sentence.