BURNING WITCHES will release their third studio album, "Dance With The Devil", on March 6, 2020 via Nuclear Blast.

The Swiss heavy metal band comments: "The third album is, of course, a very important one, but we felt very comfortable with that pressure. The band was a strong unit writing and recording the new songs.

"The idea behind 'Dance With The Devil' is inspired by the famous Walpurgis night, the saga of the gathering of the witches in the middle ages! We thought this magic showdown on the Brocken mountain symbolically stands for strength and the friendship of the band. That's why it's the perfect title for the new album."

Last week, BURNING WITCHES released an EP, "Wings Of Steel", featuring the brand new title track alongside three songs that were recorded during the band's appearance at this year's Wacken Open Air festival in Wacken, Germany. The EP was made available on black and colored vinyl.

"Hexenhammer" came out in November 2018 via Nuclear Blast Records. The disc was produced at the Little Creek Studio in Switzerland by the same team as its predecessor: V.O. Pulver (PRO-PAIN, DESTRUCTION, NERVOSA, PÄNZER) and DESTRUCTION frontman Schmier, who helped and advised as a close friend of the band. 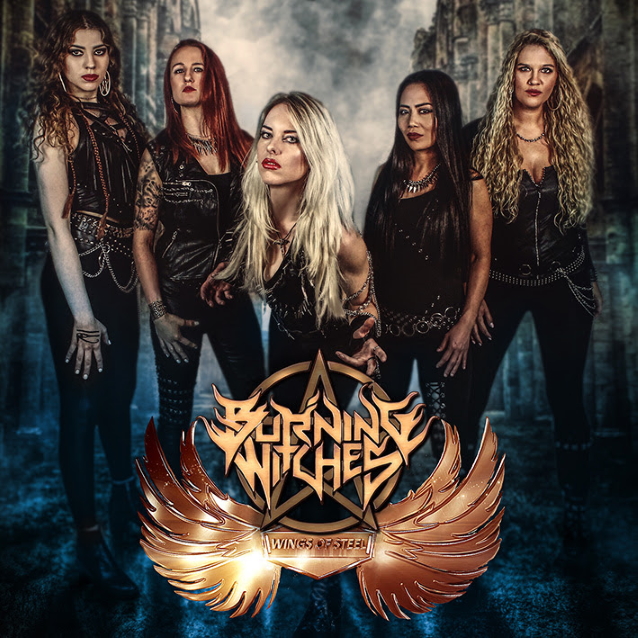