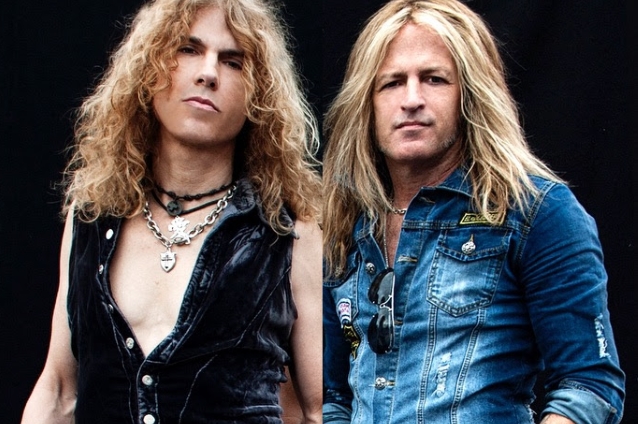 BURNING RAIN founding members Doug Aldrich (guitar) and Keith St. John (vocals) will embark on the acoustic "Stripped & Naked" tour this month. The duo will primarily perform new songs to promote the release of BURNING RAIN's fourth studio album, "Face The Music". They will also perform some of their favorites from the past three BURNING RAIN records and some favorite covers from WHITESNAKE, MONTROSE and a few surprises.

In addition to Aldrich and St. John, "Face The Music" features Blas Elias (SLAUGHTER) on drums and Brad Lang (Y&T) on bass. 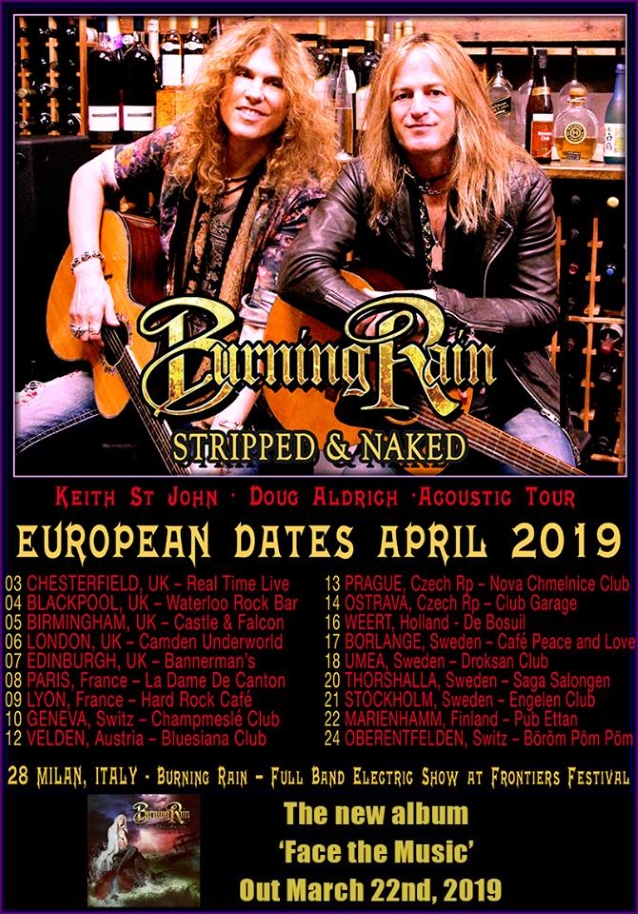