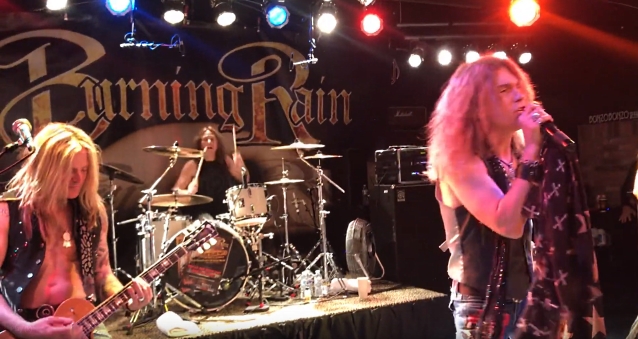 "Face The Music" came out on March 22 via Frontiers Music Srl.

"Face The Music" is a blues-driven hard rock record which is truly a tour de force. With a renewed lineup featuring Blas Elias (SLAUGHTER) on drums and Brad Lang (Y&T) on bass, the album evokes the sound of the classic '70s hard rock scene, but also stays true to the BURNING RAIN sound. 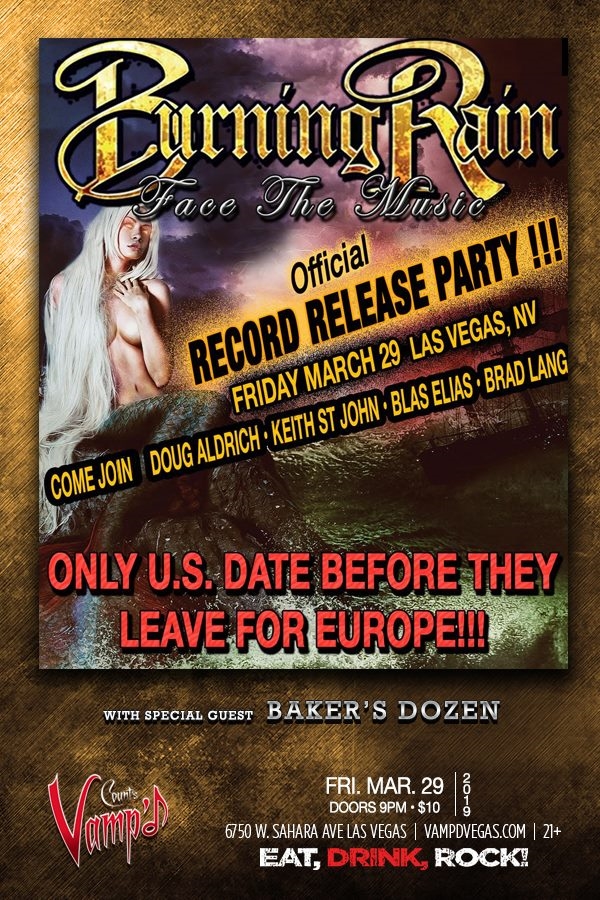