Welsh metallers BULLET FOR MY VALENTINE will release a new digital EP, "Live From Kingston", on October 16 via Google Play. The music on the EP will be available in the U.S. on on a brand new exclusive deluxe version of "Venom", also available on October 16. Fans will be able to download and stream this new deluxe album for free on Google Play between October 16 and October 23.

BULLET FOR MY VALENTINE will return to North America in 2016 for the "British Invasion" tour, also featuring opening band ASKING ALEXANDRIA.

BULLET FOR MY VALENTINE's fifth studio album, "Venom", was released on August 14 via RCA. The CD marks the band's first release since the departure of longtime bassist Jason James and addition of Jamie Mathias. Jamie, who has been playing and touring in bands for the last ten years, fronted the band REVOKER, which released an album, "Revenge For The Ruthless", in 2011 on the Roadrunner label.

Produced by Carl Bown and Colin Richardson (SLIPKNOT, MACHINE HEAD, TRIVIUM) at Metropolis Studio in London, "Venom" is described in a press release as "an unrelenting, fierce step forward for BULLET FOR MY VALENTINE" and the band's "heaviest record to date."

BULLET FOR MY VALENTINE recently supported SLIPKNOT and LAMB OF GOD on this summer's North American tour. 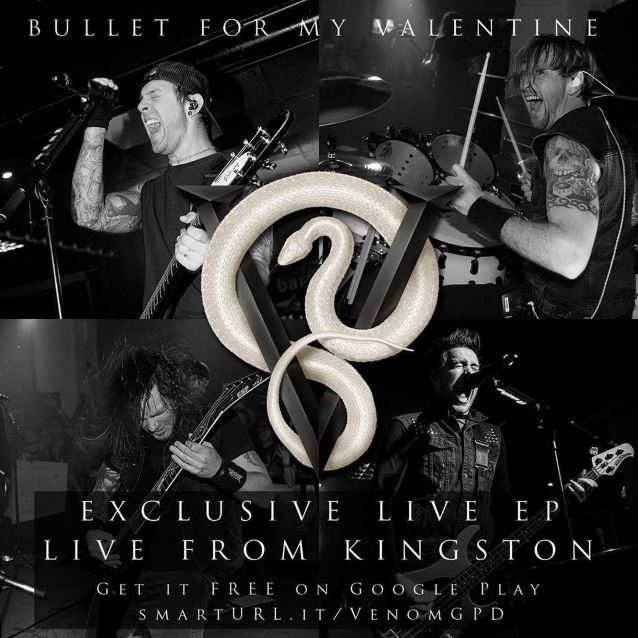