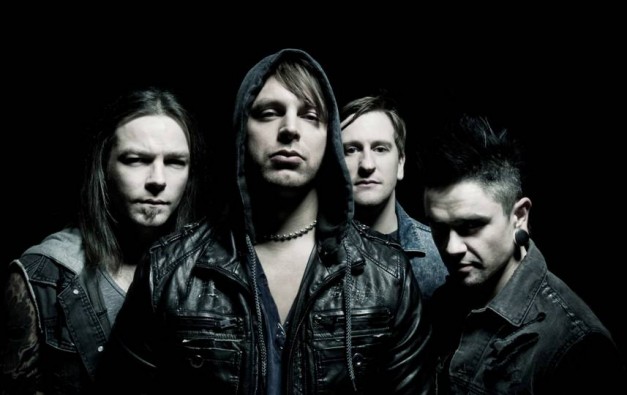 Welsh metallers BULLET FOR MY VALENTINE will appear on the British paranormal mystery documentary reality television series "Most Haunted" tonight. The episode will follow the band and the show's host, Yvette Fielding, as they visit Llandeilo's Newton House in Wales, where they experience children's laughter, the unexplained movement of objects and the activity of poltergeists.

BULLET FOR MY VALENTINE's appearance on "Most Haunted" reportedly came about following a conversation on Twitter.

The first of two episodes featuring the band will air tonight at 10 p.m. on the Really channel in the United Kingdom – Freeview 17, Sky 248, Virgin Media 267.

According to The Guardian, "Most Haunted" was criticized last year after Sky's Pick TV aired at teatime a repeat of a show with what broadcasting watchdog Ofcom described as a "consistently dark and menacing" tone which could have caused distress to younger viewers.

Back in 2005, "Most Haunted" was cleared of fraud by Ofcom following complaints of deception. Viewers complained that the deceived the public by claiming to find evidence of paranormal activity. But Ofcom ruled that "Most Haunted" was an entertainment show, not a legitimate investigation into the paranormal, and should not be taken seriously.

A brand new song from BULLET FOR MY VALENTINE entitled "Raising Hell" was premiered on the November 18, 2013 edition of BBC Radio 1's "Rock Show" with Daniel P. Carter and was released digitally on December 10, 2013.

Episode 2 of the Brand New series of #MostHaunted is on tonight at 10pm on @reallytvchannel featuring the band Bullet For My Valentine!