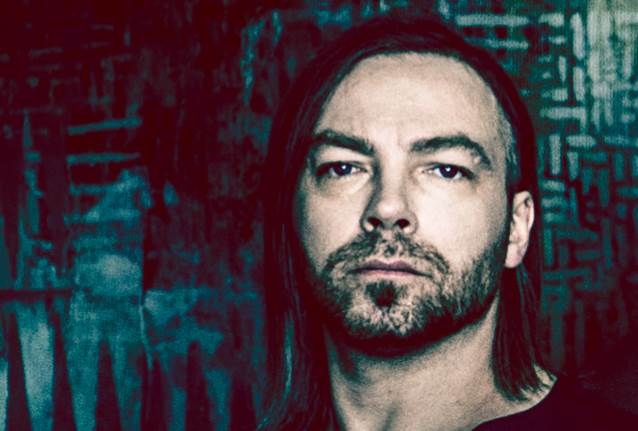 iRock Radio conducted an interview with BULLET FOR MY VALENTINE guitarist Michael "Padge" Paget at this year's Rock On The Range festival, which was held earlier in the month in Columbus, Ohio. You can now watch the chat below.

Asked who his biggest inspiration was that made him want to become a musician, Paget said: "I think it was [late PANTERA guitarist] Dimebag [Darrell Abbott], being a guitar player. His style and his technique was just absolutely flawless. And [I] learned so much from him, because he had his own style; there was no rules to what he played and stuff. And he was a very, very inspiring person, and a good dude."

BULLET FOR MY VALENTINE's sixth studio album, "Gravity", will be released on June 29. The disc will be issued through BULLET FOR MY VALENTINE's new label home, Search And Destroy, the imprint launched in 2014 by Spinefarm and international artist management company Raw Power Management. The follow-up to 2015's "Venom" marks BULLET FOR MY VALENTINE's full-length recording debut with new drummer Jason Bowld (PITCHSHIFTER, AXEWOUND), who has been touring with the group for the past two years, and bassist Jamie Mathias (formerly of REVOKER), who joined the band after the last disc was completed.