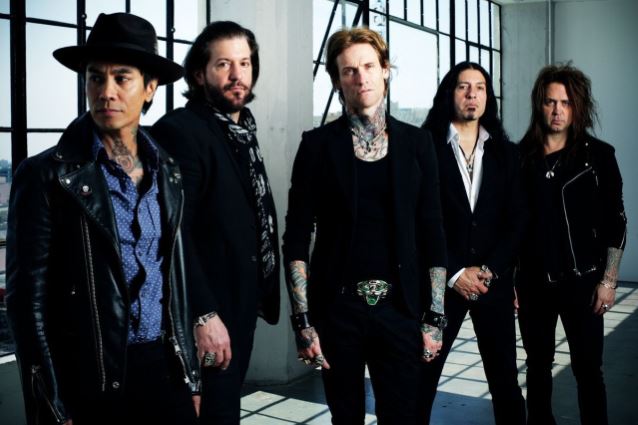 2016 marks the tenth anniversary of BUCKCHERRY's platinum-selling album "15". This record was a very special moment in time for the band and there were so many obstacles that got in the way of the LP being made. They didn't have a record deal, they didn't have any money — they only had each other and the songs. And that's exactly what they captured.

To celebrate, BUCKCHERRY will embark on the "15" anniversary tour with special guests CANDLEBOX and SONS OF TEXAS this fall. Exact cities and dates will be announced soon.

In addition, "15" will be made available on vinyl for the first time. There will also be a deluxe CD reissue of the album that will include bonus material.

Both the vinyl album and deluxe reissue will be released in October, but pre-order now on PledgeMusic and get exclusive updates and content over the next three months.

"15" was released in April 2006 and included breakout radio anthems "Crazy Bitch" and "Sorry". The album was a turning point for the band following a breakup after the release of their second album, "Time Bomb", and featured a reinvigorated lineup with three new members. The single "Crazy Bitch" exploded onto charts and radio stations becoming the rock anthem of the summer, and was nominated for "Best Hard Rock Performance" at the 49th annual Grammy Awards. It was followed with the successful single "Sorry", which peaked at #2 on Hot AC radio charts and #8 at Top 40 radio charts. To date, "15" has sold over one million copies, becoming the band’s first platinum record.

Commented BUCKCHERRY guitarist Keith Nelson: "'15'.... We named it that because we recorded it in 15 days. I'm proud of every record we've done, but '15' is special. We had nothing to lose and the world to gain. We bet on ourselves and won. It was a 'thank you' and a 'fuck you' at the same time. And it still is. I can't wait to perform this record in its entirety for its tenth anniversary!" -

Added BUCKCHERRY singer Josh Todd: "'15' was a very special moment in time for this band. A lot of people told us what we 'couldn't do' and all we collectively thought about is what we 'could do' and how big it would be. Success is the best revenge and that is why we are bringing this entire record to the stage to celebrate the ten-year anniversary of '15', one of the coolest rock n' roll comeback stories of all time."

Nelson told Rag Magazine that there were "a couple of reasons" for "15"'s commercial success. He explained: "I think everybody likes the underdog story and we were definitely the underdog prior to releasing the record. There was no record deal. I think we made a really honest record. There wasn't a huge marketing campaign for it, so we did everything ourselves. I think it had a lot to do with all of those things coming together."

Regarding how "15" differed from BUCKCHERRY's previous two records, Nelson said: "Well, we made the record ourselves. I produced the record with two other guys. We basically made the record that we wanted to make. Nobody was there telling us what to do and what not to do. It was a different vibe. We had nothing to lose by making this record."

The guitarist told Road Crew magazine that he became the producer of "15" "out of sheer necessity." He explained: "Because back when we were looking at making '15', not only was there no record deal but there was no money to pay people the ridiculous salaries to come down and produce a record. So I made a proposition to the band. I said, 'Let me do three songs over the weekend and let me produce it and if we like it, I'll make the record. If we don't like it, then we will move on and I won't bring it up again.' I also offered to refund the band the cost of the studio time. Those songs were actually 'Carousel' and 'So Far' off '15'. So it was a boost of confidence for me and it just kind of seemed natural." 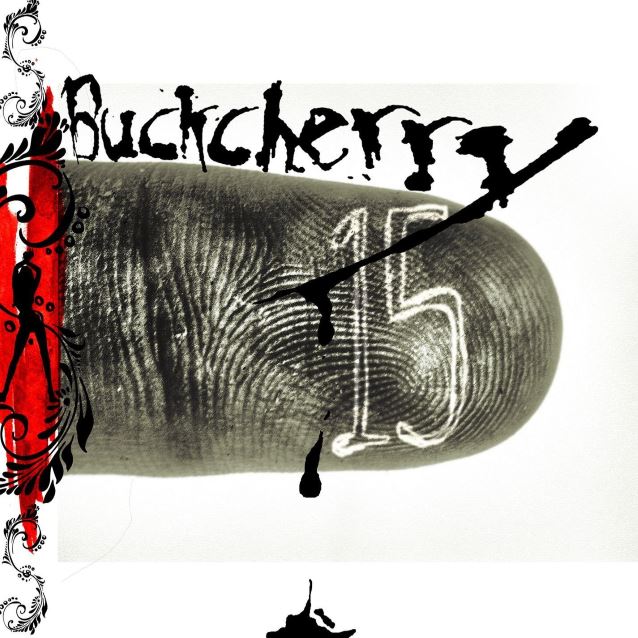