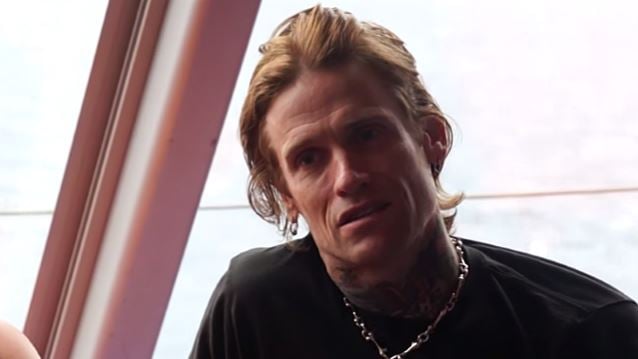 All Access Live conducted an interview with vocalist Josh Todd of Californian rockers BUCKCHERRY during this year's ShipRocked cruise, which sailed roundtrip between Port Miami and Great Stirrup Cay in the Bahamas February 2-6 onboard Norwegian Pearl. You can now watch the chat below.

Speaking about BUCKCHERRY's planned follow-up to last year's "Fuck" EP, Todd said: "We're finishing up our LP right now, our seventh LP, which will come out this year, first quarter. We've got about half of it done, and we're gonna just tighten it up, and then we're gonna start touring full-time again, like, end of March."

BUCKCHERRY in August 2014 released the "Fuck" EP via the band's newly established F Bomb imprint. Each of the six songs on the disc has the F-word in the title, including "Somebody Fucked With Me", "I Don't Give A Fuck" and the first single, a cover of Icona Pop's hit "I Love It", re-imagined as "Say Fuck It".