The world-famous Whisky A Go Go nightclub on the Sunset Strip in West Hollywood, California turns 50 years old on Thursday, January 16, 2014. The venue will ring in this historic evening with a show by legendary THE DOORS guitarist Robbie Krieger and his JAM KITCHEN band. Mayor John Heilman will be there to present a proclamation to the venue for its 50 years of service. Doors open at 8 p.m.

The Whisky has been a home to every genre of music, ranging from the surf and psychedelic rock in the '60s, the punk explosion in the '70s, and the heavy metal in the '80s.

The 50th anniversary will include a month-long celebration with bands from all eras and many special guests.

"It's an honor to join the Whisky's 50-year celebration: so much history," said Robert Trujillo, bass player for METALLICA and INFECTIOUS GROOVES.

Founded in 1964, the Whisky A Go Go has been an anchor in the music scene on the Sunset Strip, hosting rock and roll legends like THE DOORS, GUNS N' ROSES, LED ZEPPELIN and VAN HALEN. The Whisky is recognized as a historic music landmark and is the only surviving music venue to be inducted into the Rock And Roll Hall Of Fame. 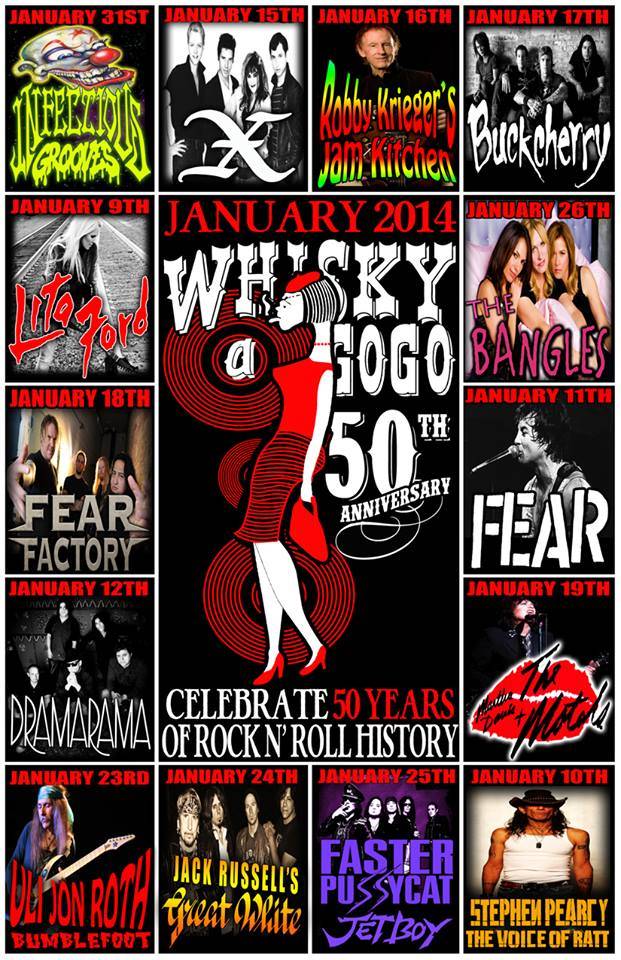