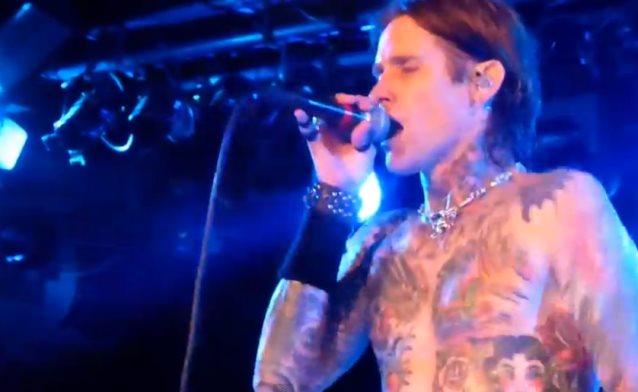 Fan-filmed video footage of BUCKCHERRY's November 19 performance at Colos-Saal in Aschaffenburg, Germany can be seen below.

"Confessions" is a loose concept album that revolves around the notion of the seven deadly sins and is inspired by events in singer Josh Todd's childhood.

Todd has helped co-write a short film that will expand upon the record's themes. It's not clear yet how the film will be distributed.

Todd said that "Confessions" is "definitely a heavier, musically, record than we've ever had, and more melodic. It's quintessential BUCKCHERRY at the end of the day."

BUCKCHERRY announced last month that it had parted ways with its longtime bassist Jimmy Ashurst.

A new BUCKCHERRY compilation, "The Best Of Buckcherry", came out on October 29 via Eleven Seven Music.