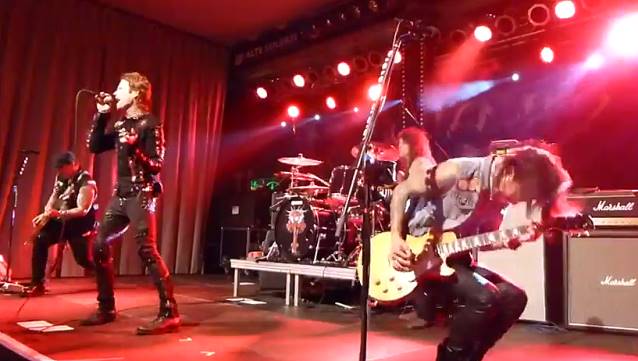 Fan-filmed video footage of BUCKCHERRY's June 11 performance at Alte Seilerei in Mannheim, Germany can be seen below.

BUCKCHERRY played a show as scheduled on May 20 at the Dixie Roadhouse in Cape Coral, Florida despite two bomb scares and the efforts of a local religious group to get the gig canceled. According to The Pulse Of Radio, a letter from the Holy Family posted on both the band's tour bus and the venue door demanded that the gig be scrapped, saying, "I do apologize for the last minute notice, however I'm afraid the concert is going to definitely have to be canceled."

The letter cited the band's "totally disgusting" lyrics and "contrived ignorant babble and filth" as the reasons that the show had to be stopped, although it curiously added that aside from the lyrics, the Holy Family "very much enjoys BUCKCHERRY's music" and hoped that "in the future they will use the talent God bestowed upon them in not a shameful way, but to join us in saving the world."

The club also confirmed receiving two separate bomb scares, although it could not be confirmed if they were connected to the Holy Family organization.

BUCKCHERRY took the stage nevertheless, with singer Josh Todd saying, "BUCKCHERRY has always been about having a good time and we express ourselves the way we want to because we are free. They don't like our lyrics and hide behind religion as an excuse to attack us as a group or treat other people poorly. Well they can just fuck right off."

The show reportedly went off without a hitch and the band performed for a sold-out crowd.

Just to give the Holy Family even more heartburn, BUCKCHERRY will release a new EP called "Fuck" in August. The disc follows up last year's "Confessions" album. 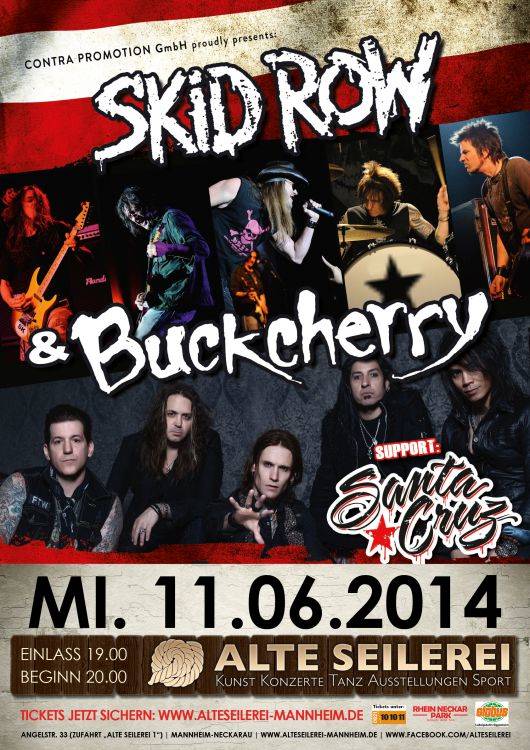