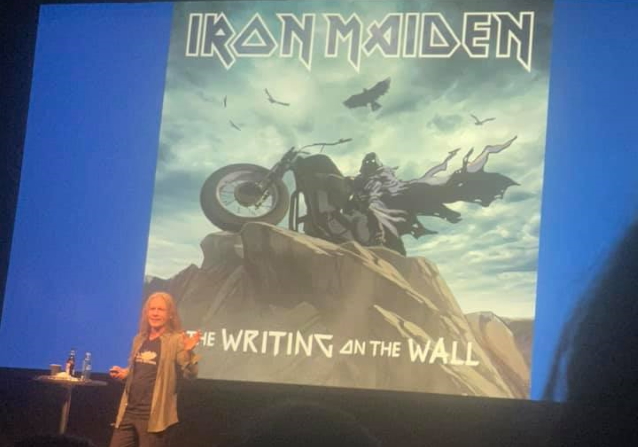 IRON MAIDEN singer Bruce Dickinson kicked off his first-ever U.K. spoken-word tour Sunday night (August 1) at Theatre Royal in Brighton. A one-minute video featuring Bruce's impressions of the evening, as well as commentary from several of the fans who attended the event, can be seen below.

So there's plenty to be entertained by throughout the evening's cornucopia of fascinating tales and derring-do exploits, all delivered by Bruce with characteristically infectious enthusiasm and wry wit.

Split into two parts, the first section of the show sees Bruce taking a humorous and often satirical look at the world from his own very personal perspective, as told first-hand in his inimitable anarchic style, punctuated with photographs, videos and sometimes even erupting into song a capella, to illustrate a point.

The final section of the evening is devoted entirely to a question-and-answer session, with the opportunity to pose questions on any subject whatsoever. The more left-field and quirky the question, the more interesting and compelling the response is likely to be.

Speaking about what fans can expect from his spoken-word tour, Dickinson said: "Mainly it's a sideways look at my life, which in some ways is pleasantly ridiculous. The show that is now the show has moved on quite a long way from what is just in [my autobiography]. Yes, it's a bit autobiographical but there's an awful lot more stuff. Part two gets interesting because it's, dare I say, a bit improv. I give you cue cards upon which you can write whatever you want — insults, advice, questions perhaps. And I then rearrange those like some sort of bizarre crossword puzzle into what becomes the third third of the show. So, basically, that's it — the last third of the show is created by you, with a little bit of help from me."

Dickinson, who will turn 63 later this week, joined IRON MAIDEN in 1981, replacing Paul Di'Anno, and made his recording debut with the band on the 1982 album "The Number Of The Beast". He quit the band in 1993, pursuing several solo projects, and rejoined in 1999. 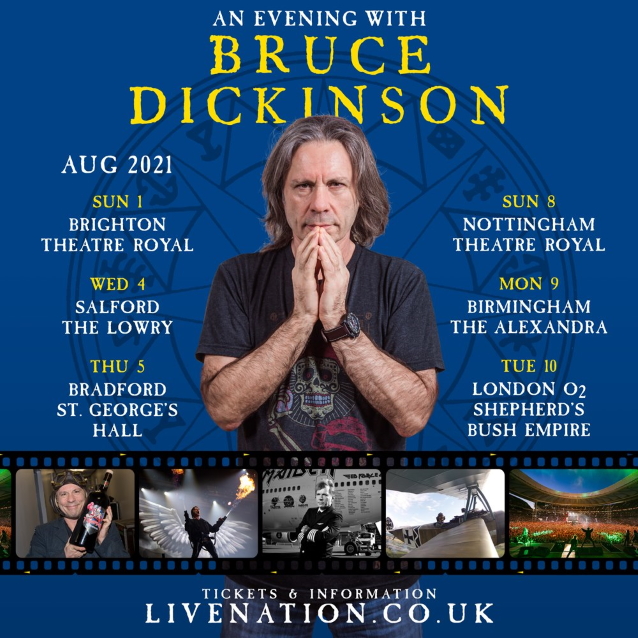