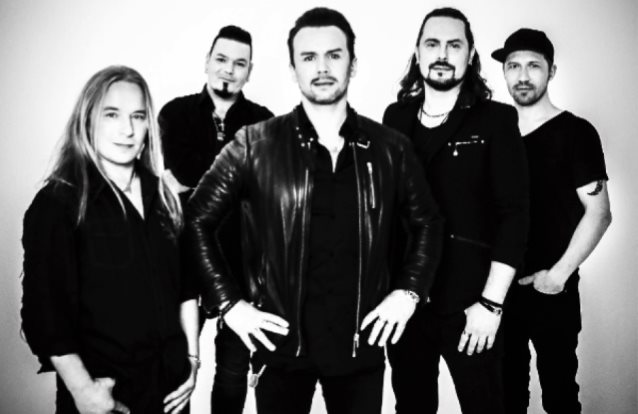 Featuring twelve new pieces of music, including lead track "Taste Of A Champion" plus follow-up single/video for "Indelible Heroes", due out next month, "Sunbound" was mixed by Finnish studio-meister Mikko Karmila (NIGHTWISH, CHILDREN OF BODOM, STRATOVARIUS), and is the follow-up to 2014's "Diamond In The Firepit".

Since first coming together for their "False Metal" debut back in 2006, BROTHER FIRETRIBE have flown the flag for a brand of music ("ultra-melodic West Coast AOR") that once strode the U.S. radio airwaves like a colossus, filling up arenas and providing the silky soundtrack to poolside summers and wind-in-the-hair coastal highway drives; music pioneered by some of rock music's most legendary names...

However, BROTHER FIRETRIBE — that's vocalist Pekka Ansio Heino, keyboard player Tomppa Nikulainen, bassist Jason Flinck, drummer Hannes Pirila, plus Vuorinen himself — are not trying to hitch a DeLorean ride into the past; rather, their collective aim is to both celebrate and reinvigorate a musical style that is all about big hooks, strong melodies, soaring vocals and searing guitars, not to mention the desire to entertain on a grand and glorious scale.

"Taste Of A Champion" —recently used as the theme for a major Finnish advertising campaign — packs all of the above qualities into an epic three-and-a-half minutes of "Rocky" soundtrack-style delight, setting the tone for an album that stands as the perfect antidote to long, lonely winter nights under the duvet. 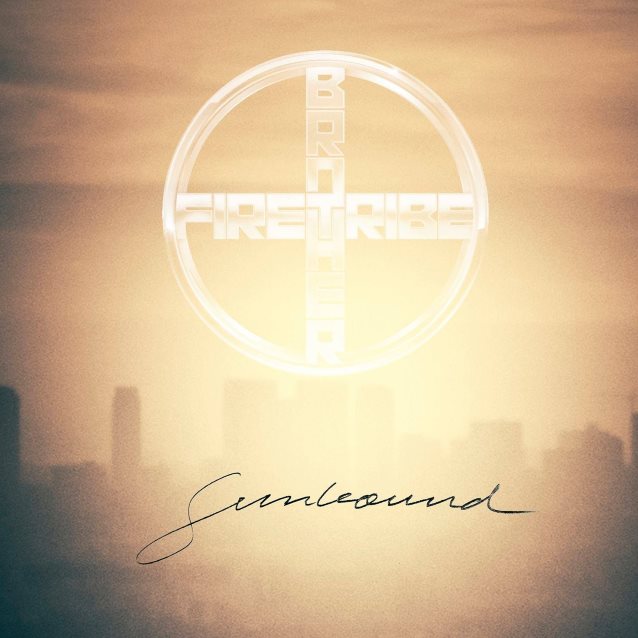