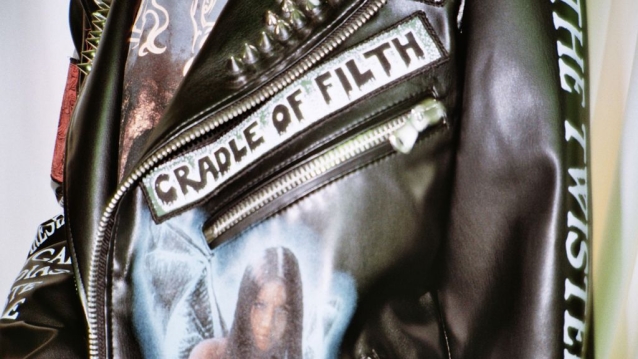 BRING ME THE HORIZON frontman Oli Sykes's Drop Dead clothing company has collaborated with Dani Filth of British extreme metallers CRADLE OF FILTH on a new range of clothing.

The new line of 20 pieces includes cut and sewn T-shirts, knitwear, accessories and more, all made using cruelty-free materials.

Sykes said: "Ever since I was a kid, CRADLE OF FILTH have been an enigma to me. Ever since I saw their infamous 'Jesus is a youknowwhat' shirt — widely regarded as the most controversial t-shirt of all time — I fell in love with the band. I love their approach to the über-serious clique they're in and their tongue-in-cheek designs — and the fact that they don't give a monkeys about ruffling a few feathers."

The line will launch in the U.K. at Drop Dead's flagship store in London on November 16. The company has also revealed that a pop-up shop will appear in Tokyo from November 15 to November 17.

Drop Dead was founded in 2005. With a headquarters in Sheffield, U.K, Drop Dead strives to create unique, high-quality, limited apparel and collectibles, inspired by '90s culture, life on the road and an ever-evolving taste in music, art and street culture.