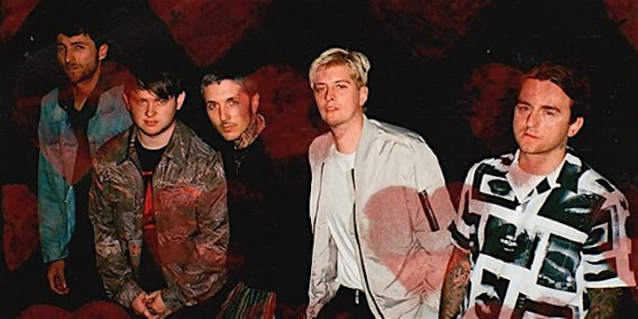 BRING ME THE HORIZON frontman Oli Sykes has told NME that the band's new single, "Mantra", is not necessarily representative of the group's upcoming album, "Amo". "'Mantra' came a bit later," he said (see video below). "'Cause we wrote a lot of cool stuff, but we were kind of scared, like, 'What are we gonna show people first?' We're really proud of everything we've done, but we were, like, 'How are we not gonna completely alienate everyone when we show 'em this record?' I actually had a little bit of a meltdown about it, and then we ended up writing this song. And we were, like, 'Yeah, that feels right.'"

He continued: "It's just different enough. It's not safe, but it's a bit of what you know and love about us and it pushes it out there. It's not that it's not representative, but every song on the record is completely different. There isn't one song on the record that sounds similar to another one. So it's a lot more experimental, I guess you'd say, than our last record [2015's 'That's The Spirit']. We wanted to write a record where there's some songs that we can give to the label and go, 'These are the singles,' blah blah blah — but we wanted to push ourselves a bit further and not worry about that kind of stuff, and just make something different."

Sykes also talked about the lyrical inspiration for "Amo", saying that the writing process served as therapy for him following his very public split with his then-wife in 2016.

"I went through a divorce a couple of years ago and I really didn't wanna talk about it, 'cause I don't want it to seem like I care, or I didn't wanna dredge up the past," Oli said. "I didn't wanna give the person the 'glory' of writing stuff about that person and shit like that. But, after a while, it just became apparent that I kind of needed to — I needed to get it out of my system. It wasn't the fact that I was still miserable or anything like that — I was fine — but at the same time, when you go through something traumatic, you carry a lot of stuff with you after it — a lot of mental baggage, a lot of things. Whatever happened in that situation, obviously, I took that on — maybe I started trusting people less, or started feeling a certain way. And it's completely irrational — but you do. I've always said it as well — writing lyrics and making music is the most therapeutic thing. I'm really lucky in that sense, 'cause it's the best way to get stuff out — to be able to write about it and then sing it on stage is the best way."

But Sykes made it clear that "not all" of "Amo" is about his divorce. "There's good stuff, there's bad stuff, there's weird stuff," he said. "It's kind of more almost like a thinking piece on love and how it can affect you — not just you, but other people too. You go into a relationship and you come out of it, and people pick sides — there's a pack mentality. Just a lot of stuff that I started thinking about — it's quite interesting, actually. It's also quite an easy way to write a concept album — to write about love — because everything boils down to love at the end of the day."

"Amo" will be released on January 11, 2019 through Columbia Records. The disc was written and recorded in Los Angeles, with Sykes and Jordan Fish handling production.

The band's 16-city "First Love Tour" will kick off January 23 in Nashville, Tennessee and see them perform across the country, including stops in Atlanta, Chicago, Dallas, Los Angeles and more before wrapping February 16 in Las Vegas, Nevada. 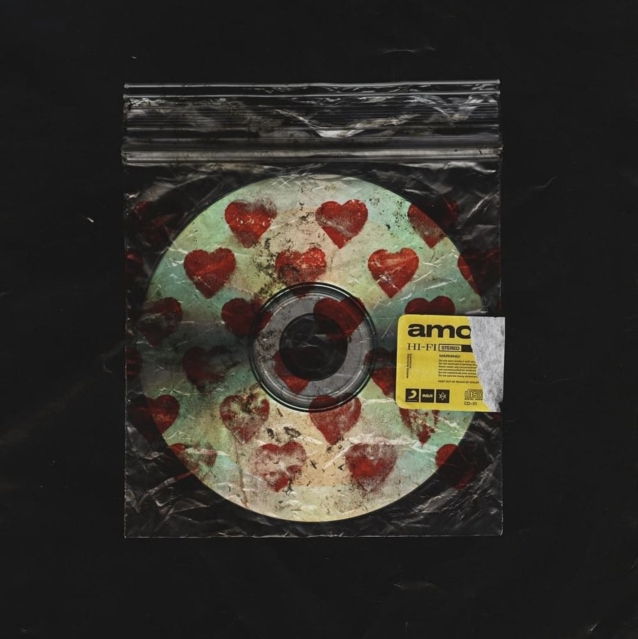