Swigged! recently conducted an interview with bassist Matt Kean of U.K. metalcore act BRING ME THE HORIZON. An excerpt from the chat follows below.

Swigged!: So what happened with [recently departed guitarist] Curtis [Ward]?

Matt: Well, he has left the band. For the last few months, he hasn't been enjoying it. We're on tour a lot of the time — like, last year, we were home only one or two months. He was finding it increasingly hard. He also has a girlfriend back home so he had pressure from that situation as well. When he'd come on tour he would be wishing he was at home. For months, it became apparent he wasn't enjoying it. We all sat down and told him, "Look, if you're not enjoying it, you need to make a decision."

Swigged!: Why did the decision come mid-tour?

Matt: I think it has been building up. There was an argument but we didn't want to just patch it up so that there could be another one down the line.

Swigged!: What was the argument about?

Matt: Just about commitment. We need people who really want to be in the band and you could sense from his demeanor it wasn't the case. We went to him and said, "We want you to be happy and if this doesn't, you need to find a way you can be." It was sad to see him go because we are all the original members — we've been together for five years growing up together. When you see a friend who's not happy you want to help, but we wanted everyone in the band to be focused on the band.

Swigged!: How do you think his departure will affect the band?

Matt: I'm not sure. This is still something new to us, we feel a bit weird. As I said, we've been together for five years. Whenever we do get a replacement, we're hoping it will work out.

Swigged!: Have there been any thoughts on who will be stepping in permanently?

Matt: Not really. We know a few people, and for now we've got Dean, our guitar tech. He'll be playing with us for the rest of [the Taste of Chaos tour] but after that it's still up in the air. We're not going to rush anything and see how it goes. Maybe we'll bring a few people on tour and see how they go. Try a few people, meet a few people.

Swigged!: How did Curtis originally end up with BRING ME THE HORIZON?

Matt: Him and Lee [Malia, guitar] were in bands together before. They were best friends in what [Americans] would call high school. Those two were playing guitar since they were young teenagers. It's definitely weird for Lee. The band started with everyone coming together through college.

Swigged!: The issues with Curtis aside, has the rest of the tour been going smoothly?

Matt: It's been going great. It seems every time we come over things keep building and building. As a band, that's amazing. You never want to go somewhere and have it be depressing. It keeps getting better and better for us.

Read the entire interview from Swigged! 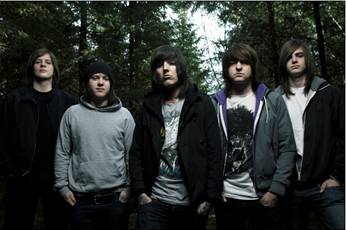