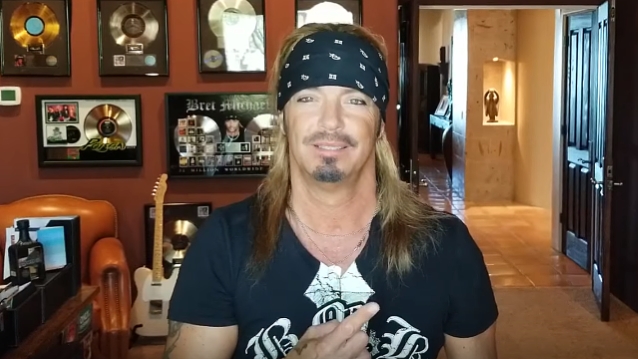 On Monday, September 17, POISON singer Bret Michaels's "Lifestyle Collection" debuts at BretMichaels.com. This very special collection contains items for everyday use — including the first-ever Bret Michaels candle, inspirational cards (both digital and paper), guitars, and holiday cards, among others — as well as unique household and outdoor goods.

A portion of proceeds to benefit a wide array of charities via Bret's Life Rocks Foundation.

Life Rocks Foundation is a unique dollar-in-dollar-out foundation that gives back to multiple causes, including diabetes research, wounded soldiers, and animals in need (pet shelters), among others. "It is a foundation that I set up, and I find a cause in each place that I play, and we donate money," he told Digital Journal.

Michaels is a multi-platinum global superstar who has turned his passion for music into a multi-faceted brand that encompasses record-breaking touring sales, reality TV stardom, legendary songs that have sold over 32 million records, product endorsements as well as being a devoted philanthropist, all supported and followed by three generations of loyal fans.

Bret was born in Butler, Pennsylvania on March 15, 1963. Rising to fame as the frontman of POISON, one of rock's most iconic and enduring bands, he helped define rock 'n' roll on the Sunset Strip.

When this multi-talented performer is not touring, he can be found both in front of and behind the camera as a director, producer and a reality TV superstar. Shows like "Rock Of Love With Bret Michaels" on VH1, "Life As I Know It" and Bret has also starred in and won Donald Trump's NBC hit "Celebrity Apprentice".