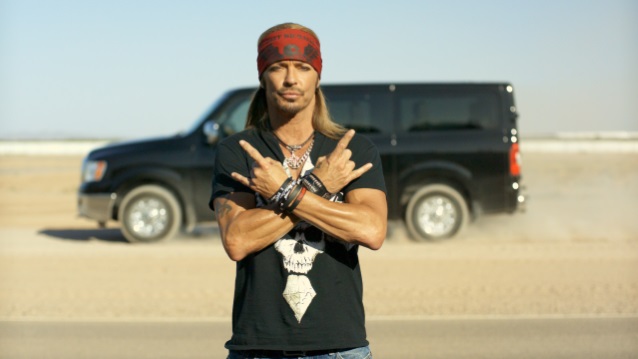 Carrying the theme line "The tougher we test them, the more you love them," the campaign is directed at small business owners looking for durable, efficient cargo and passenger vans. Nissan commercial vehicles endure more than 6,600 tests during the development process, including being put through a 140-degree heat chamber, salt spray tunnel, frame twister, shaker machine, pothole-ridden roads and grueling brake tests. The various testing procedures, which compress 13 years of real-world use into about three months, are shown in a series of individual product videos.

"As one of the newest nameplates in the commercial vehicle segment, we want to bring attention to the operational efficiency of our innovative, durable Nissan NV Cargo, NV Passenger and NV200 Cargo vans — but do it in a way that gets business owners' attention," said Fred Diaz, senior vice president, Nissan Sales & Marketing and Operations, Nissan North America, Inc. "Bret Michaels, with his reputation as an enduring icon of rock, was not only a perfect fit for the vehicles, he was also a valued collaborator in developing the 'Tough Love' campaign. With his entrepreneurial spirit, he understands the needs of small business owners for trucks you can depend on."

"Bret Michaels is a true hardcore car and motorcycle enthusiast and really took an interest in the entire development and testing process. He had a very organic understanding of the level of testing that takes place behind the secure walls of the test facility," said Diaz. "He also amazed us during filming by relating experiences from his life to the messages we're sharing about the durability testing of our lineup of Nissan commercial vehicles."

"With this new campaign we really want to show buyers that Nissan builds a van that can keep up and never let the owners down, because when their vans are down, so are their businesses," added Diaz. "With Bret Michaels' help, we're showing that Nissan commercial vehicles are tested to perform. These are vehicles owners can depend on year in and year out, through all sorts of conditions."

The "Tough Love" marketing campaign was developed in conjunction with TBWAChiatDay.