UK grind outfit BRAINCHOKE has set a July 7 release date for its new album, "Introspective". The self-released CD will be distributed by Grindethic Records and Code 7 via Plastic Head.

According to a press release, "Introspective" is "an idiosyncratic blast of old-school grindcore mixing the traditional sound of bands like NAPALM DEATH and NASUM with some more unique elements including black metal-tinged sections, banjos, heavy metal solos and some good old fashioned toe-tapping melodies."

Production for the album was handled by Danny B, a member of the cult South American thrash band CRIMINAL. 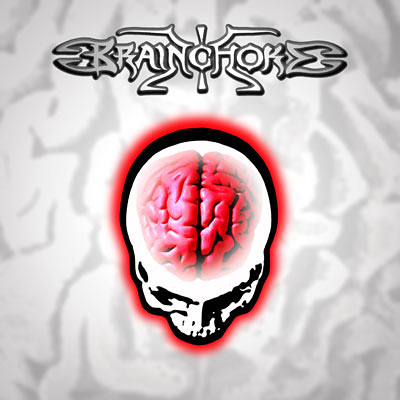 "Introspective" is BRAINCHOKE's fourth release, following the debut album "Migraine Music" in 2000, the "Mental Clarity" EP in 2001 and the "Microchipped and Mindcontrolled" split with FETUS EATERS in 2003 on Grindethic Records.