A new biography of late AC/DC frontman Bon Scott, titled "Bon - The Last Highway: The Untold Story Of Bon Scott And AC/DC's Back In Black", is scheduled for publication in November in North America, Australia, New Zealand, Brazil, Germany, Austria and Switzerland. The book will be published in 2018 in France and Japan.

The author, Jesse Fink, previously wrote the 2015 book "The Youngs: The Brothers Who Built AC/DC". According to the publisher, the new book revolves around "a special — and unlikely — friendship between an Australian rock star and an alcoholic Texan troublemaker. Jesse Fink reveals its importance in Bon's story for the first time."

Fink begins the book at the end of the 1970s, just as AC/DC is about to achieve its first big commercial breakthrough.

The publisher states: "With unprecedented access to Bon's lovers, newly unearthed documents, and a trove of never-before-seen photos, Fink divulges startling new information about Bon's last hours to solve the mystery of how he died."

On February 19, 1980, the 33-year-old Scott passed out after a night of heavy drinking in a London club and was left to sleep in a Renault 5 owned by an acquaintance named Alistair Kinnear outside a house in East Dulwich, London.

The following morning, Kinnear found Scott lifeless, and alerted the authorities. Scott was rushed to the hospital, where he was pronounced dead on arrival. The official cause was listed on the death certificate as "acute alcohol poisoning" and classified as "death by misadventure."

Asked by CantonRep.com how difficult it was to put together a book of this magnitude, Fink said: "It kind of touches on the question of why so few writers have gone so deep into the story: it's bloody difficult. You have a man — Bon Scott — who's been dead for 37 years; a band that won't talk; a cast of people who are reluctant to help you or are going to shut you out altogether; a witness [Alistair Kinnear] who has disappeared, presumed dead; Bon's estate, which is very private if not secretive; and, on top of all that, an album that made the Young brothers and their record companies fabulously rich and continues to do so. A lot of people have a stake in protecting its legacy. So from the outset you're pushing [crap] uphill. Then you have to construct a narrative as I did from scant sources. Bon's time in America was a blank part of his biography. How do you find them? Well, you start looking. You travel. You go back to sources that have already been used and see if anything was missed. You talk to people who might have been overlooked. You ask around, and when you get turned away, you ask again. You go through whatever available resource there is to assemble shreds of information, and slowly a vivid picture starts to emerge. The challenge, then, is to turn that nebula of research notes into a story that is going to engage people. I spent three years doing nothing else but researching and writing this book. The manuscript was over 700 pages. It was a lot of work."

Regarding what he hoped readers would take away from "Bon - The Last Highway", Fink said: "That Bon was above all else a human being not a god. He had character faults. In some ways, he was unsure who he really was, unsure what he wanted to be doing and unsure where he wanted to be. You have to remember he was only 33 when he died. Some of us don't have clarity on these things until our 40s or beyond. But Bon was also a very good, kind man and an exceptional talent who never got his due when he was alive. It's time the whole world celebrated him as one of the great figures in rock history. I hope this book helps facilitate a greater appreciation of his immense gifts."

AC/DC guitarist Angus Young told The Pulse Of Radio a while back that the band almost didn't get past Scott's death. "Bon was the big — he was a full-on frontman, plus he had this great character, you know," he said. "I mean, he just lived that rock 'n' roll life. With Bon, what you saw was what you got and, yeah, it was pretty, pretty tough."

The band vowed to carry on, recruiting new singer Brian Johnson and recording the classic "Back In Black" album within five months of Scott's death. Worldwide, it would go on to become the biggest-selling rock album of all time. 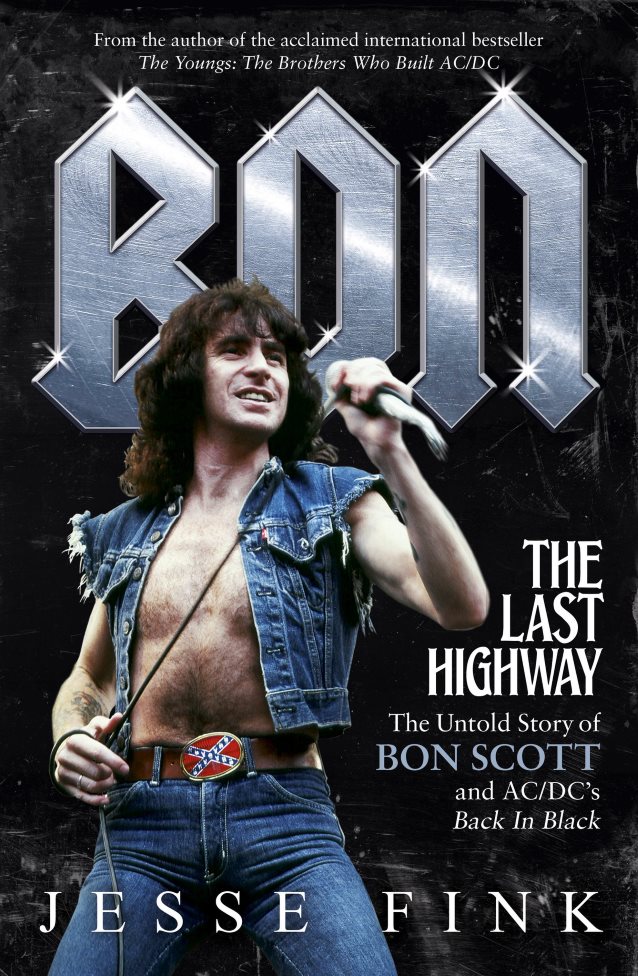