The official lyric video for BON JOVI's new single "American Reckoning" can be seen below. The song, written by Jon Bon Jovi, offers a deeply compelling look at current times.

"American Reckoning" will be included on BON JOVI's forthcoming album, "Bon Jovi 2020", which takes a critical view of this staggering and historic year. The song is available from Island Records on all digital platforms, with 100% of the band and Island Records' net proceeds from the download of "American Reckoning" supporting Bryan Stevenson's Equal Justice initiative through December 31, 2020.

"I was moved to write 'American Reckoning' as a witness to history," said Jon Bon Jovi. "I believe the greatest gift of an artist is the ability to use their voice to speak to issues that move us."

"America's on fire/There's protests in the streets/Her conscience has been looted/And her soul is under siege/Another mother's crying as history repeats/I can't breathe," Jon Bon Jovi sings in the track, before offering a description of George Floyd's death: "God damn those eight long minutes/Laying face down in cuff on the ground/Bystanders pleaded for mercy/As one cop shoved a kid in the crowd/When did a judge and jury/Become a badge and a knee on these streets?"

"Bon Jovi: 2020" was originally set for a May 15 release, has now been delayed until the fall. Jon Bon Jovi told Zane Lowe's of Apple Music's Beats 1 that it didn't feel right to release the LP amid the coronavirus (COVID-19) outbreak, which has more than 12.3 million confirmed cases worldwide.

BON JOVI's tour in support of its "Bon Jovi 2020" was scheduled to launch in June.

"Bon Jovi 2020" makes a wry reference to an election year with the title, and album art featuring an American flag in the reflection of a pensive Jon Bon Jovi's sunglasses.

Jon previously said about the album's title: "The meaning behind it — there's the obvious. It's an election year, and I couldn't do any worse. And I also have clear vision. 'This House Is Not For Sale' dealt with a lot of personal matters, and now it's behind us. So, '2020' — of course, it's an election year, but more importantly, it's that I have clear vision going forward." 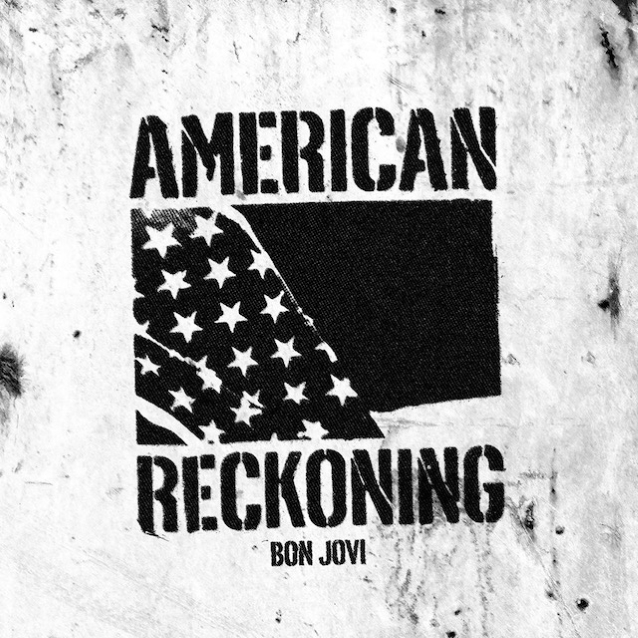