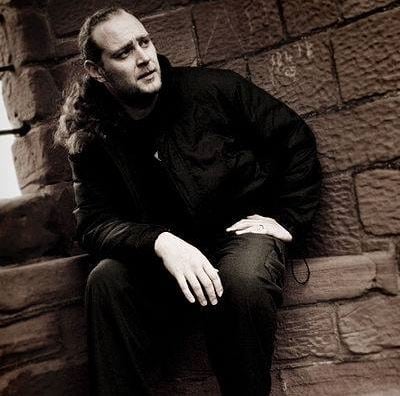 Martin "Kiddie" Kearns, the drummer of British death metal pioneers BOLT THROWER, has passed away at the age of 38. He died peacefully in his sleep after feeling sick at rehearsal.

In a statement, the surviving members of BOLT THROWER say: "With the heaviest of hearts, and still numb from shock, we have to share the very sad news that on Monday, BOLT THROWER lost our powerhouse drummer, Martin 'Kiddie' Kearns.

"After the first rehearsal for our upcoming tour of Australia, Kiddie suddenly felt unwell which continued throughout the night, and the next day he passed away peacefully in his sleep.

"He was a fantastic dad, husband, son, friend, but to us he was always Kiddie, the same 17-year-old Coventry kid whose drumming style and personality blew us away when he first walked into our rehearsal room more than 20 years ago.

"Kiddie enriched our lives and the BOLT THROWER sound. He leaves a massive hole in the lives of everyone who knew him and will be very sorely missed by many."

As a result of Kearns's passing, BOLT THROWER's Australian tour has been canceled.

BOLT THROWER indefinitely postponed plans to record a new studio album after the band realized that the new stuff it had written "just doesn't match up" to the group's last CD, "Those Once Loyal". "We have a lot of pride in our back catalogue, and we refuse to turn into one of the many bands (like the ones we grew up listening to) who end up releasing crap, and we're also not prepared to compromise by instead releasing an album of cover versions or a 'best-of' album," BOLT THROWER explained in a statement.

"Those Once Loyal" entered the German Media Control chart at position No. 76 — the group's highest-charting release in Germany so far. The follow-up to 2001's "Honour, Valour, Pride" was recorded at Andy Faulkner's Sable Rose studios and was the band's first album since the return of original vocalist Karl Willetts as a full-time member.