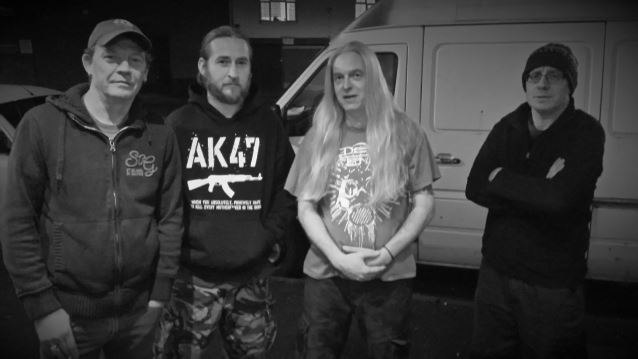 MEMORIAM is the name of a new death/grind metal band from Birmingham, United Kingdom.

The group's current lineup is as follows:

MEMORIAM is writing and rehearsing material for its debut release, tentatively due later in the year. Songtitles set to appear on the effort include "Memoriam", "War Rages On", "Surrounded (By Death)" and "Resistance".

Says MEMORIAM in a statement: "MEMORIAM are an old-school death metal band and maintain the standards set by previous bands that the members have played with, focusing on the themes of death, loss and war.

"Initially, MEMORIAM got together to play covers of songs that had influenced them throughout their careers within the death metal scene. However, it soon became apparent that the new songs that they created were of a superior standard."

BOLT THROWER drummer Martin "Kiddie" Kearns died last September at the age of 38. He died peacefully in his sleep after feeling sick at rehearsal.