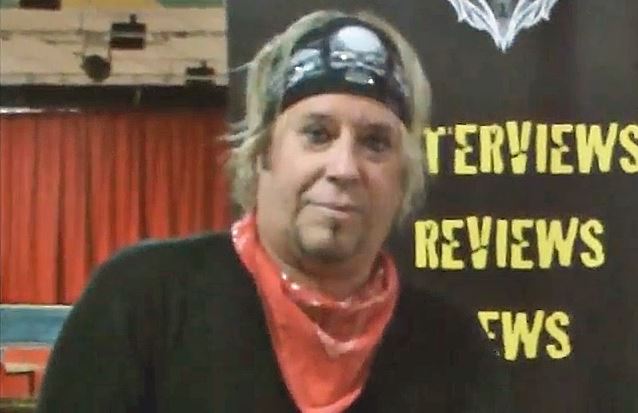 On performing in the U.K. for the first time with his new version of RATT:

Bobby: "I'm very anxious to show the first appearance in the U.K. with the new generation of RATT that I've been touring with now for a year and a half. This is our sixty-fifth show this year, and it's been amazing. The audiences have just gobbled it up. You know, it was a scary thing for me to go out without the usual suspects, who… After six years of sitting on the bench, I just couldn't take it. I boldly took this step to bring RATT with others, and you know what? People love it, they've been so supportive, because we really put so much work into bringing the integrity of the music like it was written and performed on the records; we try to make it sound like the records, and we do very, very closely, yet it has that jolt of live energy. So I'm proud of it. I'm most grateful to the other members that were in RATT that we were able to stay together as long as we did and write all the stuff we did. And I wish everybody the best."

On how his current version of RATT compares to the band's classic lineup:

Bobby: "Well, I'll tell you what… There's no arguing, which is… I'm so used to arguing and fighting about everything imaginable. And that's not to say that I'm not wrong, he's not right, he's not… whatever. You know what I mean? That's all RATT was… We would do… Not all — I don't wanna paint it too black, but, you know, a lot… [We] couldn't get a lot of business done, couldn't get a lot of things done, because everybody would argue about it. So with this band, with me at the helm, I put a lot of emphasis on bringing different stuff from the show for the sake of the show, and when you see this tonight, you'll understand what I'm talking about — just different ideas to start the songs different and to go here and to go there and implement different things that would always be shut out [in the previous version of RATT], you know what I mean? I mean, in my heart, I'll always love RATT — I call it the Class Of '84 — but I've been in this band thirty-five years come next March, and I did a lot of begging and pleading for everybody [from the classic lineup] to come work and nobody wanted to do it. Now they've seen how big that we've gotten out here with the new generation, as I like to call it, still RATT. We've been playing in front of tens and tens of thousands of people — and I'm not even going overboard on that. We did one show with Miranda Lambert in Sturgis — forty thousand people; that was unbelievable. So these guys are getting a kick out of it. Our singer is so good — Josh Alan. I mean, he replicates [Stephen] Pearcy's voice and sound of the lead singing of RATT, which is key. And that's why other bands that continue on with other members [and without the ones] that don't wanna tour, they're able to do it — you have to make it sound... in building block number one, I think, with the lead singer. And we didn't do that before when Stephen was out and we had Jizzy Pearl. God bless him, but you need to have it sound like just… In my opinion… I've watched so many bands do it, and they sound just like the record, so that's what we strive to do. And we have fun; we have so much fun."

On RATT fans not wanting to hear the band's classic songs performed differently from the original recorded versions:

Bobby: "I get that. I'm there too. I'm a rock fan first, and I understand that. I remember going down to see DEEP PURPLE, and I remember going to see JOURNEY, and I remember going to see VAN HALEN… I mean, the list is so long. We actually made a list, and there was, like, fifty-three bands that have one or two [original] members [left]… three… whatever. I don't like it, but I would rather see something than nothing. And that's what I convey… 'Cause I come out and say hello to everybody from my drum set. I come out front and kind of just say, 'Hey, what's up? Everybody, remember me?' And they're real nice about it. I just say, 'Hey, there's some new faces up here, but I just want you guys to know: it's for the love of RATT music. I wanna play it. Personally, I love RATT music, just like you guys do. Do you love this band?' And they go crazy. 'Cause they do love the band. I'm just stoked to keep doing it, and I wanna keep doing it."

Bobby: "There are, indeed. Thanks for asking that. Yeah, we've all… I mean, I've stockpiled so many songs that I've written myself, and I know the others in the band have… whether they're completed songs or riffs. We do have the go-ahead from the record label to do this. Right now we have a litigious situation with myself and Warren DeMartini, who, him and I own the [RATT] name, and he's making… I'm not gonna talk numbers, but this tour this year, it's a seven-figure situation, and he's making half of the proceeds after the cost, but he still has this lawsuit that he's hellbent on, which I don't understand. If you don't wanna go [out on the road]… If it was me, I'd say, 'I don't wanna go. Just go have fun. Send me my money.' [Laughs] You know what I mean? So, we're having a ball, and it's doing well, and I wish everybody in the Class Of '84 nothing but the best. And the new record probably will come out the fall of 2017. We'll finish the tour in September, is the idea, and then get right to the record."

Three members of RATT's classic lineup — singer Stephen Pearcy, bassist Juan Croucier and Warren DeMartini — performed as the "surprise band" on October 1 on the Monsters Of Rock Cruise West, also known as Monsterwood. Joining them on stage at the event were former QUIET RIOT guitarist Carlos Cavazo, who played on RATT's last studio album, 2010's "Infestation", and drummer Jimmy DeGrasso, who previously played with Y&T, WHITE LION and MEGADETH, among others. 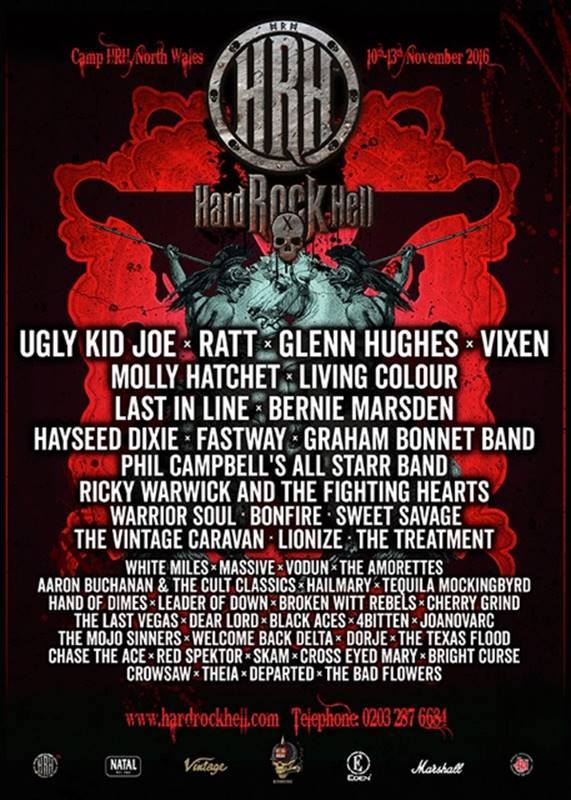