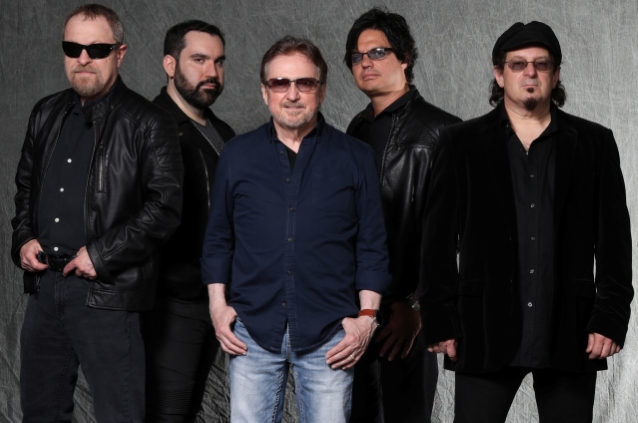 BLUE ÖYSTER CULT founding member Eric Bloom has confirmed to MassLive.com that the band is planning to release its first new album since 2001's "Curse Of The Hidden Mirror".

"We're not exactly working on it yet, but the ink is going on the contract soon," he said. "We've all been working on songs over the years, but there's a lot of negotiation, because it's not just about the new product but also about the back catalog."

Two years ago, Bloom told OC Weekly that he wasn't particularly enthusiastic about working on new music, especially considering that "Curse Of The Hidden Mirror" didn't exactly light up the charts.

"In the economic reality, it costs money to make a record," Bloom said. "The time it takes to make a record, if you want to make it right, is time we would have to take off from working and we'd rather be out there working than making a record that nobody's going to buy. We're a classic rock act with a paradoxical future: the current buying public is not really going to care what we put out.

Bloom also wondered whether it makes sense for a band like BLUE ÖYSTER CULT to release full-length albums in a digital age when streaming seems to dictate the dominance of singles and extended play formats.

"Obviously when we started, making records was all vinyl," Bloom said. "The technology of everything has changed hand over fist. Every decade is something else. Cassette to CD, and now all streaming, and nobody seems to care about albums anymore. People just pick a song that they like and download it or stream it. The industry has totally changed. Record labels have come and gone. Now artists make their own label or just put their own songs up on YouTube. It's all totally changed. The music business has collapsed."

BLUE ÖYSTER CULT has been active since 1967 and has released a number of critically acclaimed albums without ever reaching the top of the Billboard chart. (The highest any of their albums has ever placed is 24, for 1981's "Fire Of Unknown Origin"). The band's most successful single is the iconic "(Don't Fear) The Reaper".