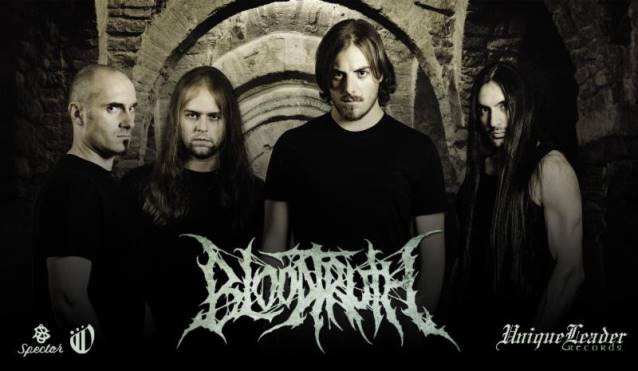 Italian death metallers BLOODTRUTH have inked a deal with Unique Leader Records. The band's full-length debut will be released later this year. Titled "Obedience", the ten-track CD was engineered by Francesco Paoli and Cristiano Trionfera (both of FLESHGOD APOCALYPSE) at Sonic Hammer Studios, and was mixed and mastered by the Italian sound sorcerer Stefano Morabito (HOUR OF PENANCE, EYECONOCLAST, UNFATHOMABLE RUINATION, INHERIT DISEASE) at 16th Cellar Studios. The cover artwork was created by Colin Marks of Rain Song Design (EXODUS, FLESHGOD APOCALYPSE, KATAKLYSM).