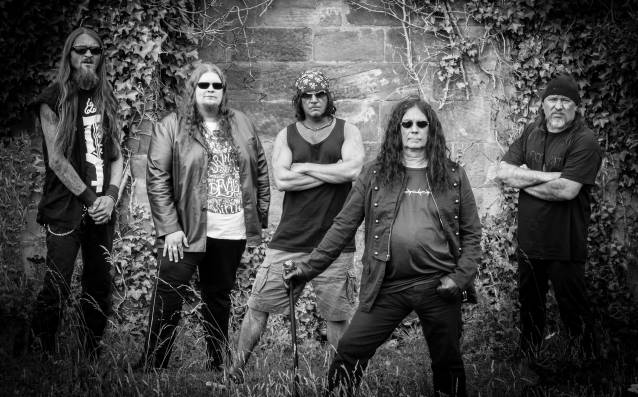 NWOBHM (New Wave Of British Heavy Metal) legends BLITZKRIEG will release their eighth full-length studio album, "Back From Hell", on November 5. The band's first CD since 2007 will be made available via Metal Nation Records (previously Neat Records) after recently signing a three-album deal with ex-Neat Records boss and TYGERS OF PAN TANG founder/vocalist Jess Cox. It will be released in Japan the same month on Spiritual Beast Records and on double vinyl LP on German label High Roller Records.

"Back From Hell" track listing:

BLITZKRIEG revisits popular themes like Jack The Ripper and the famous U.K. TV show "The Prisoner" on this new album and also continues its TV and film obsession with material written about the movie "V or Vengence", "Stargate" and "Sleepy Hollow". They also eventually got round to honoring METALLICA by covering "Seek And Destroy" as a belated tip of the cap towards the Americans who recorded the track "Blitzkrieg" from BLITZKRIEG's self-titled seven-inch single on three separate occasions over their career.

An interest for long-term BLITZKRIEG fans may also be a rerecording of the band's A side to that first single, "Buried Alive", which now sells for hundreds of pounds on various sites on line not to mention a tribute to the U.K. metal gods in "Call For The Priest", which covers as many JUDAS PRIEST titles that can be crammed into one song.

BLITZKRIEG has just returned from a tour in Germany/Holland, and more dates are being finalized now.

BLITZKRIEG's last album, "Theatre Of The Damned", was released on August 10, 2007 via Germany's Armageddon Music. The CD was recorded at Absurd Studio in Hamburg with producer Schrödey and co-producer Biff Byford (SAXON).

"Theatre Of The Damned" was the follow-up to "Sins And Greed", which was released in July 2005 via Metal Nation Records. 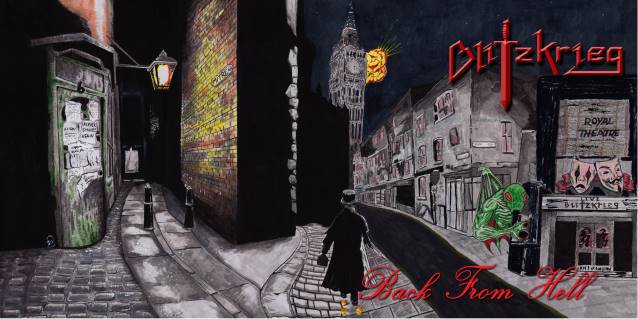