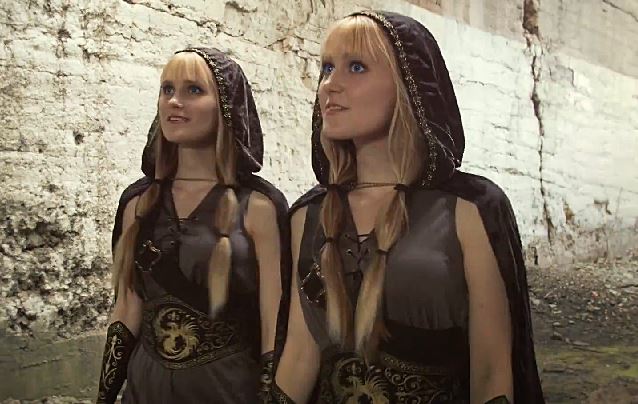 Identical twins Camille and Kennerly Kitt have covered BLIND GUARDIAN's "The Bard's Song" as an electric duet harp arrangement. Check it out in the YouTube clip below. The track is now available on iTunes.