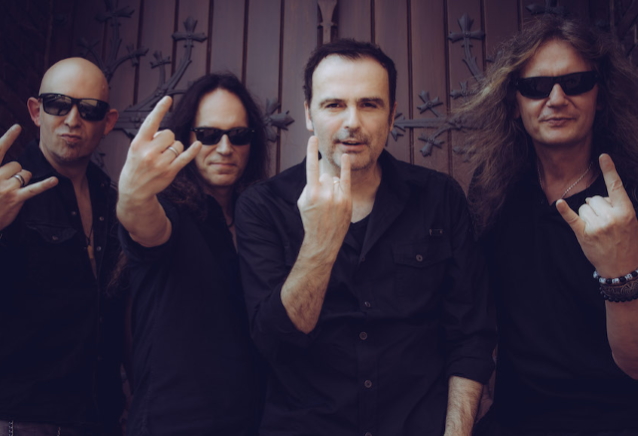 BLIND GUARDIAN frontman Hansi Kürsch spoke to Sakis Fragos of Rock Hard Greece about the progress of the recording sessions for the band's next studio album. He said (as transcribed by BLABBERMOUTH.NET): "As of today, we finally decided who's going to do the mastering, which means we have finished the mixing. And I wanna hand in at least the audio stuff to the record company within the next two weeks."

As for the musical direction of BLIND GUARDIAN's new material, Hansi said: "It is by far the most intense album we did in a very, very long time. It is, in every measure, a roller-coaster ride. There is a lot of let-your-hair-down stuff — more than I expected. There are some typical surprising BLIND GUARDIAN elements.

"I'm just curious to see, really, or to hear what people will think about it. I think it's a very, very strong album. It will surprise a lot of people.

"The composing mostly has been accomplished before corona started to happen, but you can feel that there is a lot of anger in the album. It really delivers also very catchy and positive vibes, but there is a very raw energy you will feel."

The band's latest release was the all-orchestral album "Twilight Orchestra: Legacy Of The Dark Lands", which came out in November 2019 via Nuclear Blast. To create the concept, lead guitarist André Olbrich and Kürsch worked alongside German bestselling author Markus Heitz, whose latest novel, "Die Dunklen Lande", was released in March 2019. The book is set in 1629 and contains the prequel to "Legacy Of The Dark Lands".