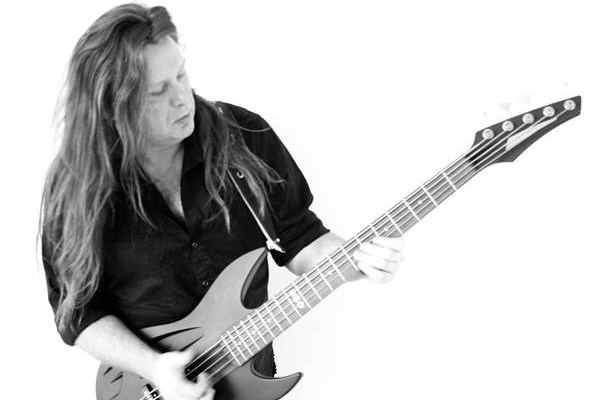 Courbois has played over 4,000 shows and recorded over 60 albums. He has worked with such musicians as Adrian Vandenberg (WHITESNAKE), Zakk Wylde (OZZY OSBOURNE) and Atma Anur (JOURNEY). In 2004 he was voted best metal and all-around bass player by Guitar Player magazine.

Speaking about the new BLIND GUARDIAN album, "Beyond The Red Mirror", which is due on on January 30, Courbois said: "This was the longest production I have ever been involved in. As we all know, the recordings took a total of two years. The music is so versatile, which is just what makes the style of BLIND GUARDIAN so unique."

Regarding his style, Courbois said: "I play in a very powerful, but also melodic way. You could compare me to John Deacon. Something that QUEEN fans [and fellow BLIND GUARDIAN members] Hansi Kürsch and André Olbrich really like."

Kürsch says: "Barend is top. He is the ideal bass player for us and has a lot of musical understanding. He is variable and multifaceted, but still able to create all the power we need. And the fact that Krefeld is so close to the Dutch border makes our liaison really easy."

Music has always been in Barend's blood. His father Pierre (74) is a world-famous jazz drummer who has played alongside such superstars as Jean-Luc Ponty and Ben Webster. At the age of four, Barend started playing drums, and at age eight he picked up the bass and for quite a while enjoyed bagpipes as well.

The way he got in touch with BLIND GUARDIAN is not as spectacular as one might think. "One day I got an unexpected phone call from producer Charlie Bauerfeind, whom I had met at a project we both were involved in the early '90s," the bass player recalls. "He asked me if I was available during the next six months to tour with a major metal band. He wouldn't tell me the band's name at first though."

Just one day after agreeing to this new engagement, Courbois met BLIND GUARDIAN in Krefeld, only to find himself on tour two weeks later. "I was a total wreck before my first gig. It's a real challenge to play BLIND GUARDIAN songs, but I love it!"

Four and a half years in the making, the follow-up to 2010's "At The Edge Of Time", "Beyond The Red Mirror", was recorded at Twilight Hall Studio in Grefrath, Germany and produced by Charlie Bauerfeind (SAXON, HAMMERFALL, HELLOWEEN). The CD showcases BLIND GUARDIAN's collaborative work with three different classical choirs: one from the Czech Republic (Prague), one from Hungary (Budapest), and one from the United States (Boston). Two grand orchestras — each featuring 90 musicians — also lend their brilliant talents to the new recordings with absolutely spellbinding results.