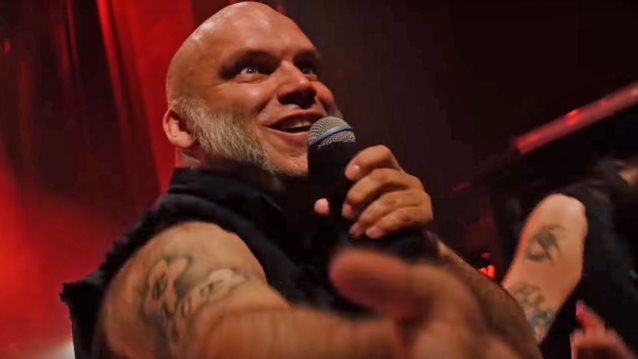 Blaze Bayley says that he went through a "horrible time" after he was fired by IRON MAIDEN but insists that it is a period that he still looks back on "very fondly."

In a brand new interview with Spain's EMP Live, Blaze talked about the obstacles he faced while trying to become accepted by MAIDEN fans as Bruce's replacement.

Bayley's ninth solo album, "Endure And Survive", was released on March 3 via Blaze Bayley Recording. The disc was recorded at Birmingham, England's Robannas Studios and said to be "an exciting and enthralling sequel" to his 2016 release "Infinite Entanglement", which was the first of a trilogy of releases following a sci-fi concept and storyline.