Montreal-based sympho/black/folk/power metal act BLACKGUARD (formerly PROFUGUS MORTIS) has posted the song "This Round's On Me" on the group's MySpace page. The track comes off the band's debut album, "Profugus Mortis", which will be released on March 20 in Europe via Nuclear Blast Records and on April 28 in North America through Sumerian Records.

Commented Jaap Wagemaker of Nuclear Blast: "When we decided to organize a MySpace contest where up and coming (unsigned) bands could win a record deal with Nuclear Blast, we never expected that we would receive almost 3,000 entries to check out over the five months of this competition! We want to thank all the bands that have participated on this contest trying to fullfil their dreams for a record deal! After listening to all the almost 3,000 bands and making a final selection, we have found a winner!! Nuclear Blast is really proud to announce the signing of a very young and talented new band from Canada — BLACKGUARD!!! I am sure you have seen the name online already as they are booked on the Paganfest in the U.S.!! The band has already finished recording their debut album, 'Profugus Mortis'! The album will be out March 20 and I can promise you this will appeal to all fans of bands like WINTERSUN, ENSIFERUM and KORPIKLAANI, but with more brutal vocals! The musicianship is outstanding! Needless to say that we are very proud to have found this diamond in the rough! BLACKGUARD will be one of the most important bands for Nuclear Blast in 2009 and beyond!!"

Stated Shawn Keith of Sumerian Records: "This is a band that combines tasteful shredding with epic melodic metal riffs, carrying the message of brotherhood through the best and worst of times all the while bringing the party in a live show setting through the spirit of folk music. With that being said, we are very excited to announce that BLACKGUARD is now officially part of the Sumerian Records family. We are also excited about working closely with Nuclear Blast and the synergy we will have together as we build this band in to a worldwide monster. BLACKGUARD will be participating in Paganfest America II this April/May with KORPIKLAANI, ELUVEITIE, PRIMORDIAL and more. Their debut album, 'Profugus Mortis', will hit United States stores everywhere April 28. As we prepare for battle, THIS ROUND'S ON US!"

Maurizio Iacono of Rock the Nation/Impact Management said: "We are finally happy to announce new homes for these Canadian scene veterans and folk/extreme metal innovators, I was sold on BLACKGUARD (formely PROFUGUS MORTIS) the moment I saw this band live in Montreal two years ago and we waited for the right moment an its now time to unleash the beast to the masses!! We had some very big interest for BLACKGUARD's new album from various labels but we felt the best way to go was with Nuclear Blast (world) and with Sumerian Records (USA) both labels have an outstanding track record and showed us the ambiton we needed to see. So raise your glasses of beer and let's celebrate at Paganfest!!!"

Vocalist Paul Zinay of BLACKGUARD added: "We're all ecstatic to find out that we were chosen by Nuclear Blast as their contest winners . To be able to work with such a prestigious label is an honour and a privilege. As we head into 2009 we're all confident that this is going to be a huge year for us, and with Nuclear Blast behind us, there's no reason why it shouldn't." 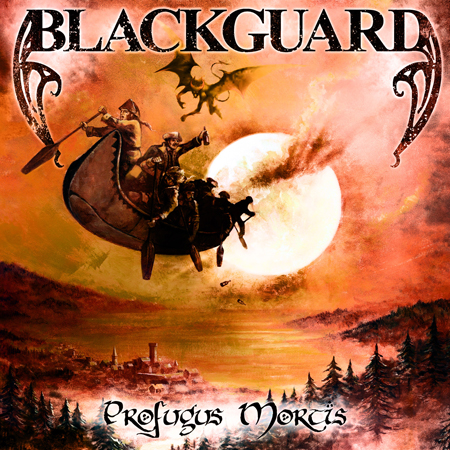 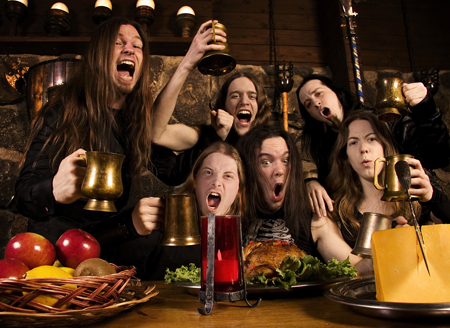