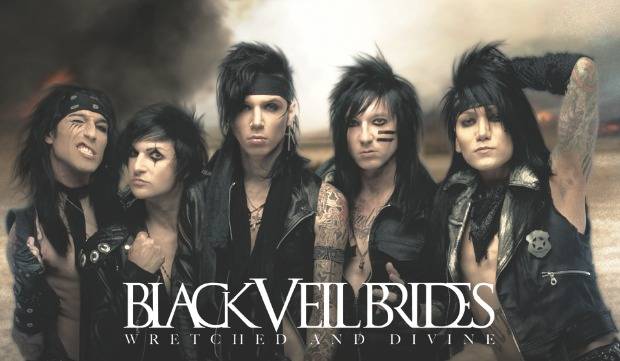 The official lyric video for the song "Unbroken" from Los Angeles theatrical rockers BLACK VEIL BRIDES, can be seen below.

Says the band: "October is Anti-Bullying Awareness Month, and to show our support to the ones negatively affected by bullying, we created the 'Unbroken' shirt. We compiled the photos we had [fans] send in of [them] wearing the shirts and turned it into the 'Unbroken' lyric video.

"Thank you for helping us raise awareness and to fight to stop bullying!"

Back in January, BLACK VEIL BRIDES vocalist Andy Biersack taped a two-minute public service announcement (PSA) for the Musicians Opposed To Bullying (M.O.B.) web site. The clip, in which the singer talks about self-injury or self harming — when a person deliberately hurts themselves physically to deal with the emotional pain they are suffering — can be seen below.