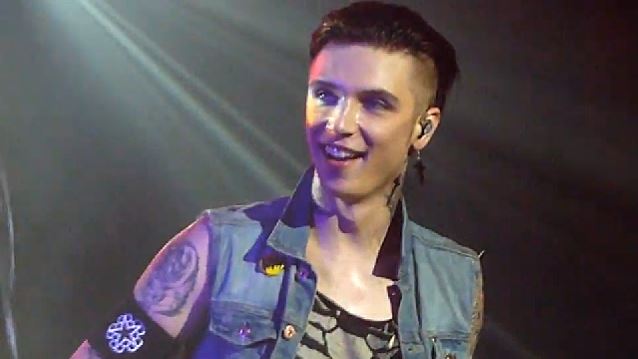 Hot on the heels of their recently released self-titled fourth album, "Black Veil Brides", via Lava/Republic, Los Angeles theatrical rockers BLACK VEIL BRIDES have announced the release of the first live DVD of their career. Due in June 2015, the set will feature footage of the band's sold-out hometown show in Los Angeles at the Wiltern Theater on November 1. The concert was part of the group's inaugural Halloweekend event as part of "The Black Mass" tour. The DVD was directed by Casey Tebo, known for his work on the acclaimed AEROSMITH documentary "Rock For The Rising Sun".

The band last week released the video for the song "Goodbye Agony", which has been viewed over 300,000 times in less than seven days. The clip was helmed by longtime director Patrick Fogarty, who also directed the video for "Heart Of Fire".

BLACK VEIL BRIDES are currently on "The Black Mass" headline tour that runs through mid-December. The 37-date trek is making stops in Los Angeles, Kansas City, New York and Orlando and will wrap up on December 15 in Albuquerque, New Mexico. 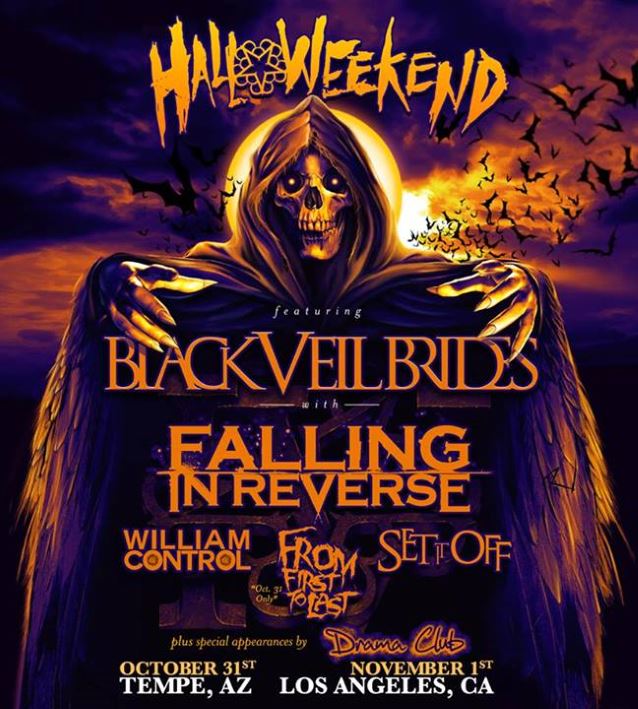