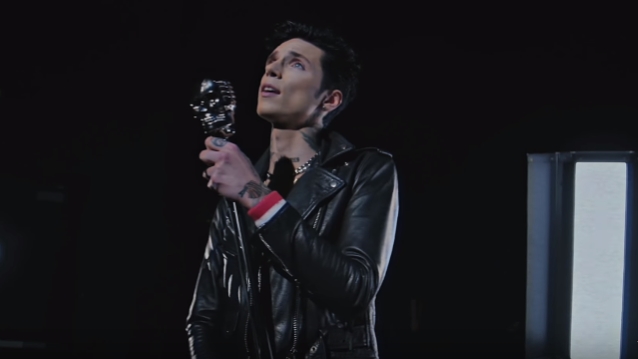 BLACK VEIL BRIDES singer Andy Biersack (a.k.a. Andy Black) has released the official music video for his new single, a cover of "My Way", the Paul Anka-penned timeless classic made famous by Frank Sinatra, then infamous by Sid Vicious. Both versions seem to get a nod on Biersack's take. The clip was filmed with director Patrick Fogarty and can be seen below.

"I have always loved this song and the idea of doing my own take on it as an homage to my influences was initially inspired by [a recent Alternative Press] cover shoot and story," Biersack wrote on Instagram.

Andy and longtime producer John Feldmann are putting the finishing touches on the follow-up to Biersack's 2016 critically acclaimed debut solo album, "The Shadow Side", to be released in early 2019.

"The Shadow Side" featured help from members of FALL OUT BOY, MY CHEMICAL ROMANCE, BLINK-182, ALKALINE TRIO and more.