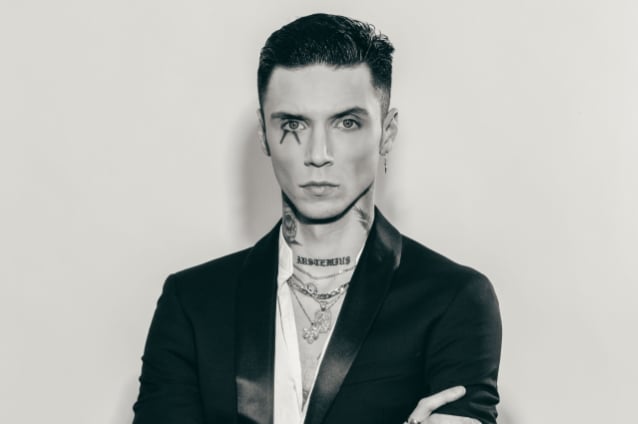 After 45 million YouTube views, 25 million Spotify streams and an AP "Song of the Year" award for hit single "We Don't Have To Dance", BLACK VEIL BRIDES singer Andy Biersack (a.k.a. Andy Black) has returned with "Westwood Road", the first track and video off his much-anticipated sophomore album, "The Ghost Of Ohio" (Lava/Republic). The Martin Landgreve- and Magnus Jonsson-directed clip can be seen below.

Black will support the long-awaited new album with "The Ghost Of North America Tour", a headlining run that will kick off April 7 at Ace of Spades in Sacramento, California.

Due on April 12, "The Ghost Of Ohio" sees Black re-teaming with Grammy-nominated producer John Feldmann (BLINK-182, PANIC! AT THE DISCO), who helmed 2016's acclaimed debut "The Shadow Side". "Westwood Road" was mixed by Grammy winner Neil Avron (TWENTY ONE PILOTS, THIRTY SECONDS TO MARS). The new album is semi-autobiographical, mining the haunted history of Black's hometown to tell a story that explores his childhood anxieties and obsessions.

On "The Shadow Side", Biersack stretched his creative wings beyond the blueprint of the vintage-Sunset-Strip-meets-modern-hard-rock-vibe of BVB. "That album was the beginning of a return to who I've always wanted to be," he says. "A rediscovering of my deepest roots.

"'The Ghost Of Ohio' is the next step. It's a full embrace of my long-held passion for imagination, stretching back to when I discovered my dad's KISS trading cards in the basement and walked my neighborhood streets dressed up like Batman."

Andy told Rock Sound about "Westwood Road": "'Westwood Road' is about being so fucking miserable while sitting in a hotel room and absolutely hating where I am now. It's thinking 'this doesn't represent me at all, this is not who I am' and thinking of going back to being a kid and enjoying going to football games with my dad and all that sort of stuff. Now as an adult, I actually do all that stuff."

Speaking about the tie between his graphic novel and the album, Andy said: "In many ways, the comic book is a more stylized and heightened version of these stories, because it has to be. When I went to the company who is printing [the novel], I asked them if they could help me shape all of this into a way where it would make sense. I have written concept albums before, but this is my first time putting together a graphic novel. Then the record went from there."

Last fall, Biersack released the official music video for his cover of "My Way", the Paul Anka-penned timeless classic made famous by Frank Sinatra, then infamous by Sid Vicious. Both versions seem to get a nod on Biersack's take. The clip was filmed with director Patrick Fogarty. 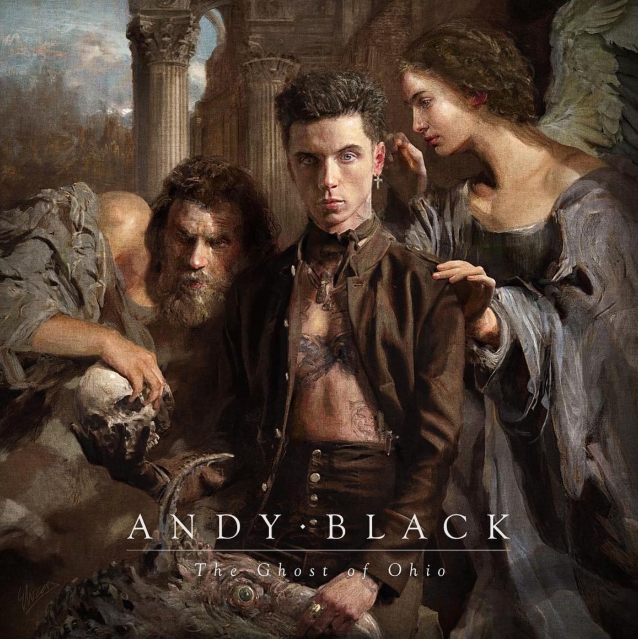