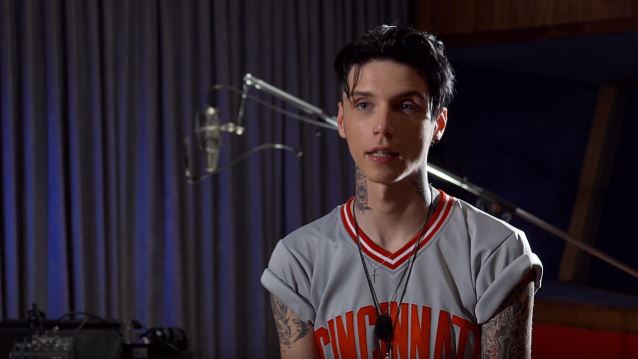 ANDY BLACK's debut album, "The Shadow Side", will be released on May 6 via Lava/Republic. The CD was produced by John Feldmann and is expected to include collaborations with FALL OUT BOY's Patrick Stump, Gerard Way, 5 SECONDS OF SUMMER's Ashton Irwin and ALL TIME LOW's Rian Dawson.

"The Shadow Side" track listing:

The official video for "We Don't Have To Dance" can be seen below.

Biersack states: "['We Don't Have To Dance'] is hands down one of my favorite tracks from the record and it was fun to write about loathing social events, hatred of small talk and refusal to dance at clubs haha!"

Regarding the making of ANDY BLACK's debut CD, Biersack told U.K.'s Kerrang! magazine: "It's completely different, very unlike my entire career, which has been spent in a collaborative effort with four other individuals. There's also a precedent when it comes to making a BLACK VEIL BRIDES record. At this point now, this is our fifth record that we're making — and that's not to say that we go in with a cookie-cutter approach, but we certainly know stylistically what we like. The odd thing about the solo record was there was no precedent."

Asked what ANDY BLACK sounds like, Biersack said: "I think my intention for this was to go as far in the other direction as possible. Sonically, the goal was to really play with music and a lot of different stuff, to have a lot of odd instrumentation and to have a lot of programmed stuff, keyboards and more classic, almost pop-rock guitar. It's more U2 than MEGADETH. There are no guitar solos on the record. There's a lot of drumming styles; there's some weird sleigh bells. It was about playing with music and seeing what happened. We came up with something in the vein of stuff I love — U2, Adam Ant… It's somewere between Springsteen, new romantic and modern goth-pop music."

Biersack previously described ANDY BLACK as a "fun and artistic way for me to try something that musically I wouldn't want to force into BLACK VEIL BRIDES."

Asked why he couldn't incorporate his songs into BLACK VEIL BRIDES, Biersack replied, "There are so many bands I loved growing up whose singer would have a new idea for a sound and then completely ruin the band by taking a shit on the whole audience. That wasn't my interest."

Biersack continued, "It would be different if the reason I was doing this was that I wanted to get away from BLACK VEIL BRIDES… This is more that I didn't want to cross the two things."

The singer said that when he informed his bandmates about the project, "I made it very clear… it was a passion project on the side, and everybody in the band gets it." 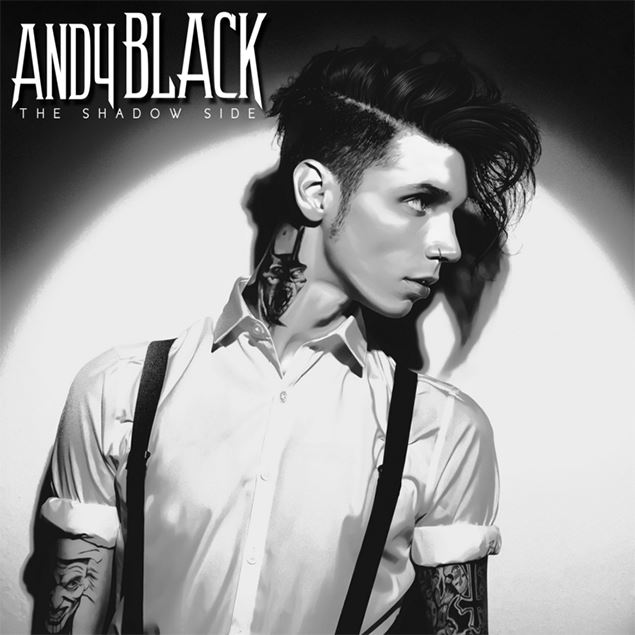