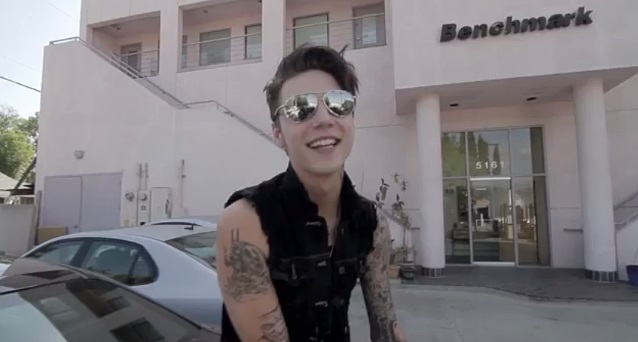 The second in a series of video blogs featuring footage from the recording sessions for the fourth album from Los Angeles theatrical rockers BLACK VEIL BRIDES can be seen below. Due on October 28, the follow-up to the band's third CD, last year's "Wretched And Divine: The Story Of The Wild Ones", was helmed by producer Bob Rock, whose resume includes albums by METALLICA, MÖTLEY CRÜE, THE CULT and many others.

BLACK VEIL BRIDES was originally formed in Cincinnati in 2006.

The group issued two EPs on their own before moving to Los Angeles in 2009.