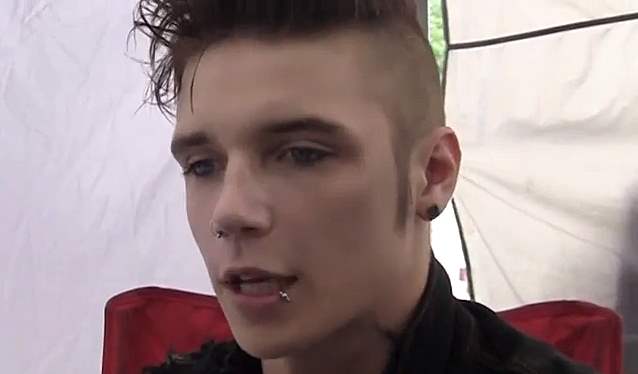 Weekender editor Rich Howells conducted an interview with vocalist Andy Biersack of Los Angeles theatrical rockers BLACK VEIL BRIDES on July 16 at the Scranton, Pennsylvania stop of the 2013 Vans Warped Tour at the Toyota Pavilion at Montage Mountain. You can watch the chat below.