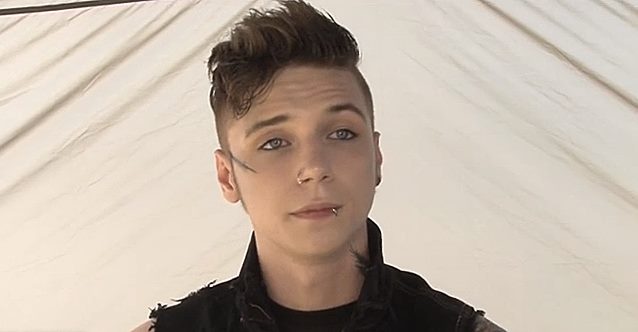 Kristyn Clarke of PopCultureMadness.com and ConcertBlogger.com recently conducted an interview with vocalist Andy Biersack of Los Angeles theatrical rockers BLACK VEIL BRIDES. You can now watch the chat below.