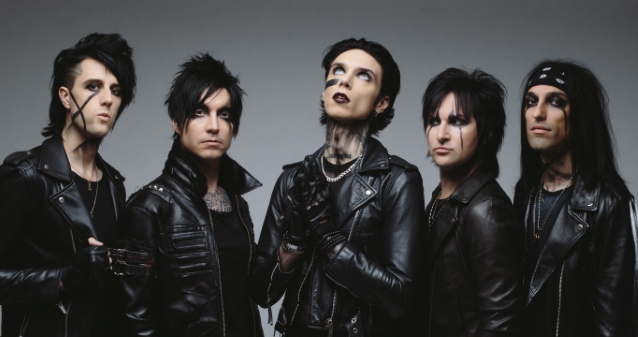 California rockers BLACK VEIL BRIDES will celebrate the tenth anniversary of their debut album, "We Stitch These Wounds", by releasing a re-recorded version of the LP, dubbed "Re-Stitch These Wounds", on June 26 via Sumerian Records. The cover artwork for the disc — which was reimagined by illustrator Luca Solo Macello — can be seen below.

BLACK VEIL BRIDES frontman Andy Biersack recently told Rock Sound about the band's decision to re-record the LP: "The point of this is not to replace the first album. The idea is that the first record was made for about six grand in a jingles studio, which is a very small space that they recorded commercial jingles. And we really didn't have a pot to piss in, and we had no way of making this grandiose record that we wanted. This dates back maybe as soon as 'Set The World On Fire' [2011] came out, we were, like, 'Oh, wow! We can make big-sounding records.' We thought, 'Man, wouldn't it be great to redo the first record and make it sound this big?' And so it's always just been a passion project of ours. And Jake [Pitts, guitar] has gotten so adept as a producer over the years, and he's done such an amazing job on it. It sounds awesome. It's the way, for us, that we would have liked to have those songs sound 10 years ago. Again, it's not meant to replace it — it's meant to be a companion piece. Here's what the version was in the past; here's what we we would like it to have been. And we're hoping that it ends up more on the fun companion piece and less on the George Lucas-fucking-with-'Star Wars'-a-million-times kind of thing; we don't want it to be on that side."

Biersack went on to say that he prefers "Re-Stitch These Wounds" to "We Stitch These Wounds" because "it's the way that that I heard it in my head 10 years ago and the way that we wanted it to be. Like a song like 'Carolyn', Jake has put so much of himself into that song, and it just sounds so big," he explained. "And then one of the coolest things that exists is, for years, we've done the overtures on the records, which is all Jinxx [giotar] composing and playing these big orchestral pieces, and he's got one of those. He's kind of reimagined and redone the idea of 'The Mortician's Daughter', which is a song on the first record, and he's been working on that for months and months now. And it sounds incredible. It makes everyone cry. It made [my wife] cry, it made my mom cry — it makes everybody cry when they listen to it, it's so beautiful."

Last November, BLACK VEIL BRIDES announced the addition of bassist Lonny Eagleton to the group's ranks. He joined the band as the replacement for Ashley Purdy, who exited the group earlier that month.

Last fall, BLACK VEIL BRIDES released the first in a series of "duologies," essentially two-song singles that will be released with greater frequency. The first duology consisted of the songs "The Vengeance" and "Saints Of The Blood". 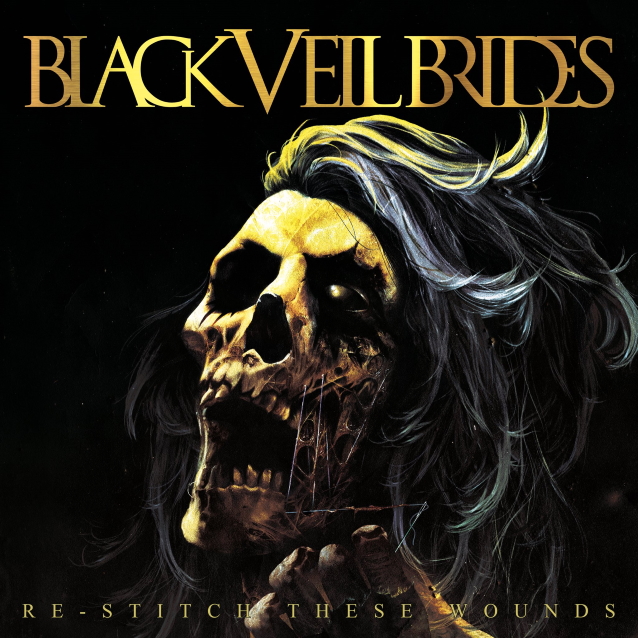