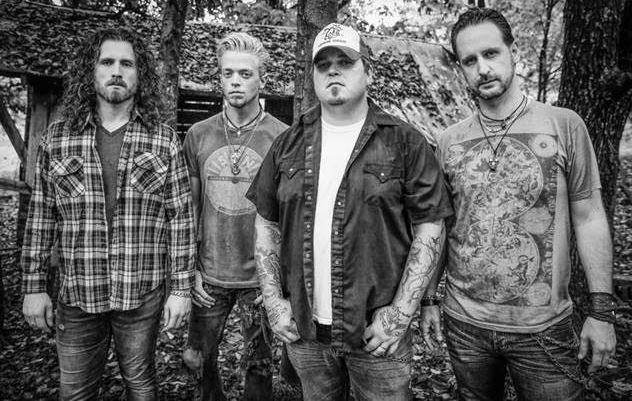 Kentucky rockers BLACK STONE CHERRY have inked a deal with the Mascot Label Group. The band will enter Barrick Recording in Glasgow, Kentucky today to record its fifth studio album. Taking a "back-to-the-roots" approach, the CD will be recorded in the same way and same place as BLACK STONE CHERRY's eponymous debut album, which broke the band out of the small southern backwater and onto the world stage.

In just eight years, BLACK STONE CHERRY has grown from playing 200-capacity bars to headlining 12,000-capacity U.K. arenas, with many other territories catching up in the wake of such a phenomenal success story.

Mascot is excited to have the opportunity to carry the band forward to even bigger achievements around the world.

"What can I say? The whole Mascot Label Group team is thrilled that a great band like BLACK STONE CHERRY is putting their faith and future in our hands," said Mascot owner Ed van Zijl. "The new songs I've heard are awesome and we can't wait to get started. Here we come, 2016!"

"I'm thrilled and honored to be reunited with BLACK STONE CHERRY, who I previously signed to Roadrunner Records," said Mascot's North American president Ron Burman. "They are an incredible and authentic rock band, born and bred in the south, who have built a formidable fan base around the world. We look forward to bringing BLACK STONE CHERRY to an even wider audience in the years to come."

"We are proud to announce we've partnered with the Mascot Label Group," said BLACK STONE CHERRY guitarist Ben Wells. "Their eclectic roster speaks for itself and we are excited to see how BLACK STONE CHERRY can fit into their mixture of great talent. From the employees to the owner of the label, we feel we're amongst a great team and can't wait to start a new cycle with everyone involved!

"We begin recording our fifth studio album on October 7th and are beyond ready to get new music to your ears! We're recording in our hometown with the same engineer we recorded our first album with, so needless to say, that mojo will be back in action and the riffs will tear you up!

"See you all on tour with a whole new BLACK STONE CHERRY very soon!"