BLACK STONE CHERRY has canceled its previously announced Australian tour with HALESTORM due to a "family emergency."

The Kentucky rockers announced the cancelation via social media on Thursday (November 7). The band wrote: "Australia, we're sorry to announce that we have to cancel our December dates with @Halestorm, due to a family emergency. We look forward to coming back soon and putting on an amazing show for all you awesome fans and we thank you for your understanding."

BLACK STONE CHERRY's tour with HALESTORM was scheduled to kick off on December 6 in Sydney and conclude on December 10 in Melbourne.

Since the last blues EP, BLACK STONE CHERRY released its latest studio album "Family Tree" (2018), which reached the Top 10 U.K. album chart (their third in a row) and Billboard Top 10 Hard Rock albums. The band spent the time following that touring Europe extensively, including a 2018 U.K. arena tour with MONSTER TRUCK, a main-stage sub-headline performance at Download festival — under GUNS N' ROSES — plus performances at Graspop Metal Meeting, Rock Am Ring and standout sets this summer at Wacken Open Air, a sold-out Caerphilly Castle (Wales) and an explosive headline slot at Ramblin' Man Fair. They have also criss-crossed their way around the U.S., including shows with GOV'T MULE, TYLER BRYANT & THE SHAKEDOWN, THREE DOORS DOWN and LYNYRD SKYNYRD.

Australia, we're sorry to announce that we have to cancel our December dates with @Halestorm, due to a family emergency. We look forward to coming back soon and putting on an amazing show for all you awesome fans and we thank you for your understanding. 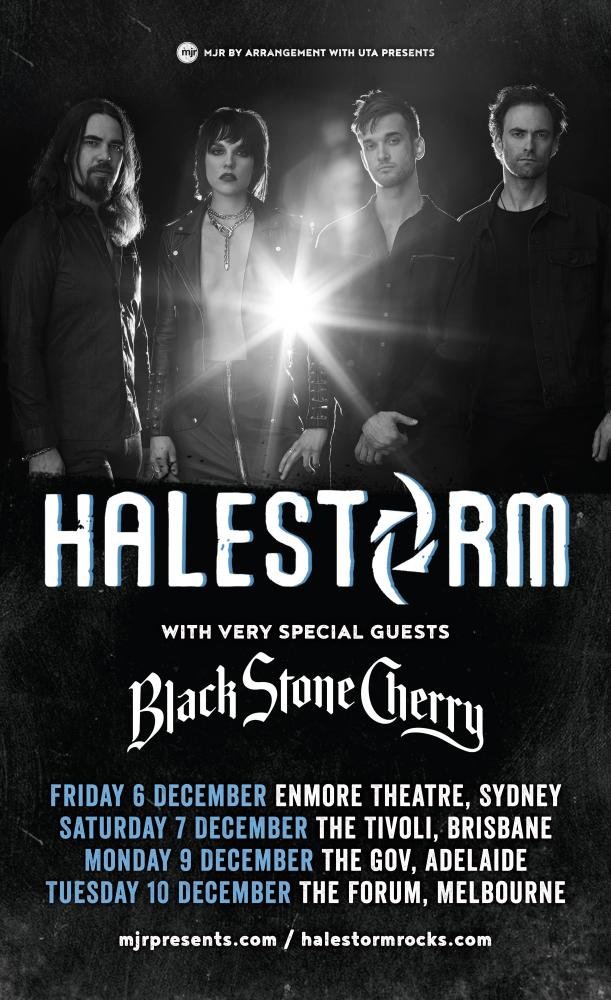