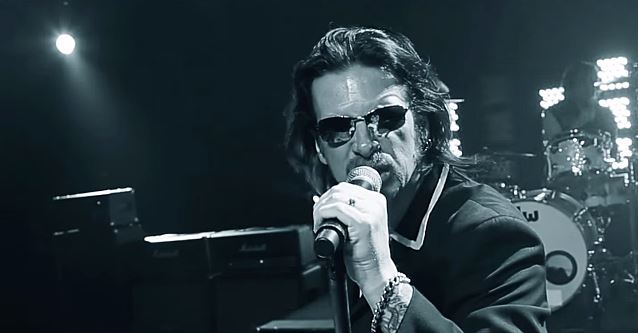 The official video for "The Killer Instinct", the title track of the second album from BLACK STAR RIDERS, can be seen below. Released on February 24 via Nuclear Blast, the follow-up to 2013's "All Hell Breaks Loose" was recorded in October 2014 at a studio in Nashville, Tennessee with producer Nick Raskulinecz (RUSH, FOO FIGHTERS, ALICE IN CHAINS, MASTODON).

BLACK STAR RIDERS frontman Ricky Warwick stated about the "The Killer Instinct" artwork: "It's a bit of a continuation from 'All Hell Breaks Loose'. People will see the link. It's very rock and roll. It's going to look cool."

Ricky Warwick stated about the album title: "Life's not fair, never has been, never will. Sometimes you have to live with a killer instinct just to survive in the ongoing pursuit of happiness. Because nobody can do for you what you should be doing for yourself."

The energy in the studio from a year of touring, and BLACK STAR RIDERS gelling as a creative force has resulted in a truly powerful sophomore effort. From the Irish-tinged rock of "Soldierstown" to the balls-out twin guitar riffing of "Sex, Guns & Gasoline", rom the dirty groove of "You Little Liar" to the acoustic "Blindsided", this is a band coming of age.

Said BLACK STAR RIDERS guitarist Damon Johnson: "Nick Raskulinecz came riding out of the sunset like a Viking warrior, with his record collection and arsenal of killer guitars and amplifiers and proved to be the world-class producer we had heard so much about. Indeed, the rumors are all true. There's no doubt that Ricky and I had written a sizable number of songs, but Nick patiently walked through the full song list with the entire band and made sure we focused on the material to best represent BLACK STAR RIDERS in 2015."

BLACK STAR RIDERS will head out on a co-headline tour of UK and Ireland with EUROPE throughout March 2015.

"All Hell Breaks Loose" sold around 2,200 copies in the United States in its first week of release. The effort landed at position No. 5 on the Top New Artist Albums (Heatseekers) chart, which lists the best-selling albums by new and developing artists, defined as those who have never appeared in the Top 100 of The Billboard 200. 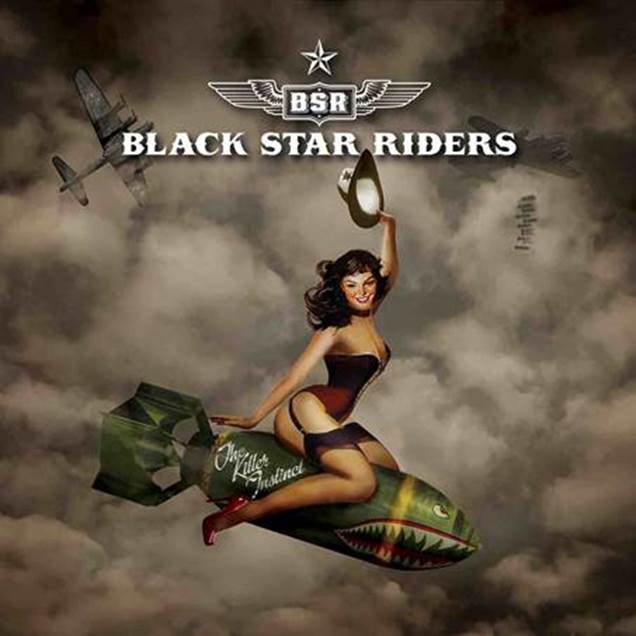