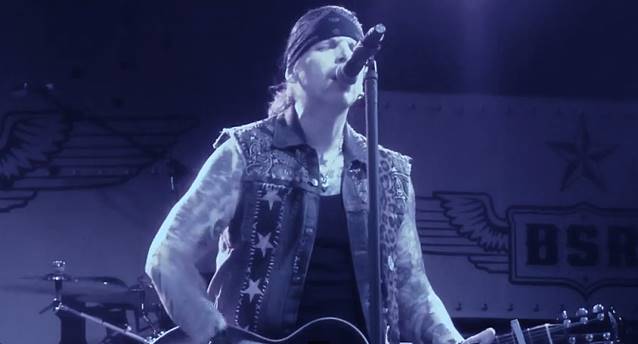 Quality fan-filmed video footage of BLACK STAR RIDERS' October 29 performance at Batschkapp in Frankfurt, Germany can be seen below.

BLACK STAR RIDERS' debut album, "All Hell Breaks Loose", sold around 2,200 copies in the United States in its first week of release. The CD landed at position No. 5 on the Top New Artist Albums (Heatseekers) chart, which lists the best-selling albums by new and developing artists, defined as those who have never appeared in the Top 100 of The Billboard 200.

BLACK STAR RIDERS made its live debut on May 30 at The Marshall Theatre in Milton Keynes, United Kingdom. The set featured a mix of music from "All Hell Breaks Loose" along with classic THIN LIZZY tracks.